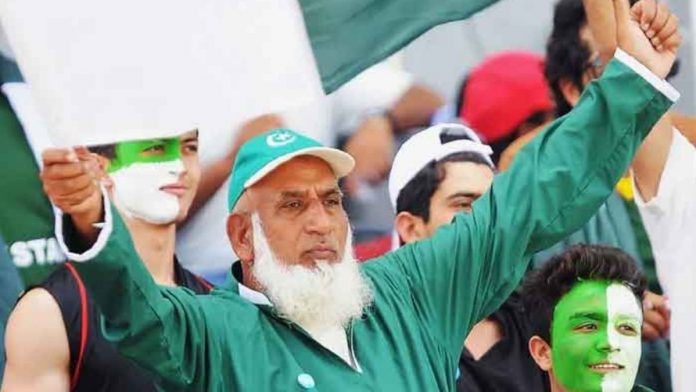 Pakistan’s famous cricket mascot and one that really keeps the spirit of cricket alive where ever he goes, , ‘Chacha Cricket’ recorded just recorded a video message on Wednesday to in turn, clear the rumours of his death that had gone viral on social media, earlier this week.

“Death is a reality, it will come and no one will save [me] from it,” he says in the video. “Whoever posted my picture on Facebook and spread this fake news [of my death], may Allah give him hidayat (guidance) as well. I am alive and well.”

Sufi Abdul Jalil, famously known as the great “Chacha Cricket” around the world, concluded the short video statement by promising to continually wave the Pakistan’s flag in cricket stadiums until death has his toll, expressing his love for his country and his support for the Pakistani Cricket Team.

Must Read: Shadab Khan to captain Team of HBL PSL 2020

Chacha Cricket is face which is loved by millions of cricket fans in Pakistan and the whole Cricketing world. Whenever Pakistan takes to the field, you will notice the TV cameras focus on him, waving Pakistan’s flag in the crowd especially in the moments, when the men in green are inching towards a  exciting finish or are faced with a difficult challenge, you can not keep him out of the spotlight. He has been a super fan of the Pakistan cricket team for over  50 years and has traveled all around the world in order to support the national cricket team. We express our gratitude and wish him the best of health and hope that he continues to support the team in the future years.