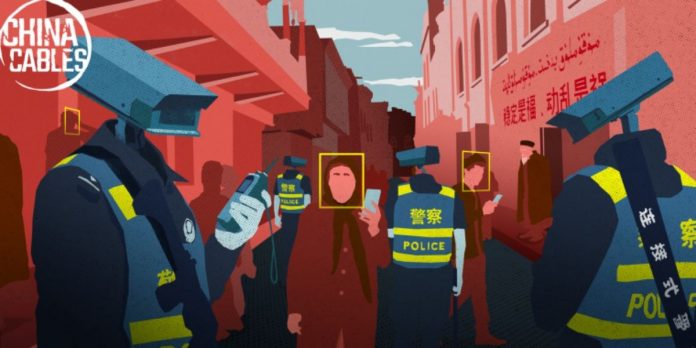 Who has inflicted this pain upon me? What have I done to deserve this? These are the questions every child in the state-run orphanages asks before going to sleep without the warmth of his mother and the calming sound of his father. When Uighur parents are sent to the camps, their children are often taken away to state-run orphanages, which are multiplying to accommodate the growing demand.

China is treating Islam like a mental illness, Uighurs, a mostly Muslim ethnic minority concentrated in China’s northwestern Xinjiang region have long been suppressed because of their religious identity. China claims that their identity fuels separatism and extremism, and so in the past year, its crackdown has grown increasingly harsh.

One million Muslims are being held right now in Chinese internment camps, according to estimates cited by the UN and U.S. officials.

Former inmates—most of whom are Uighurs, have told reporters that over the course of an indoctrination process lasting several months, they were forced to renounce Islam, criticize their own Islamic beliefs and those of fellow inmates, and recite Communist Party propaganda songs for hours each day.

There are media reports of inmates being forced to eat pork and drink alcohol which is forbidden to Muslims, as well as reports of torture and death.

The experts in China believe that such assimilationist policies may enable China to reshape the identity of an entire generation of Uighurs.

This is the largest mass incarceration of a minority population in the world today. Beijing began by targeting Uighur extremists, but now even benign manifestations of Muslim identity—like growing a long beard—can get a Uighur sent to a camp.

Chinese officials completely negate the existence of these “ reeducation centers” Instead, they claim they’re just vocational schools for criminals.The sheer scale of the internment camp system, in China’s northwestern Xinjiang region just within the last year, is mind-boggling.

China needs to defend itself to its own population as well. Although the authorities frequently describe the internment camps as schools, they also liken them to another type of institution: hospitals.

An excerpt from an official Communist Party audio recording, which was transmitted last year to Uighurs via WeChat, a social-media platform, and which was transcribed and translated by Radio Free Asia will send chills down your spine.

The medical analogy is one way the government tries to justify its policy of large-scale internment.

The government also uses this pathologizing language in an attempt to justify lengthy internments and future interventions any time officials deem Islam a threat. “It’s being treated as a mental illness that’s never guaranteed to be completely cured, like addiction or depression,”

“There is always a risk that the illness will manifest itself at any moment, which would cause serious harm to the public. That is why they must be admitted to a reeducation hospital in time to treat and cleanse the virus from their brain and restore their normal mind … Being infected by religious extremism and violent terrorist ideology and not seeking treatment is like being infected by a disease that has not been treated in time, or like taking toxic drugs … There is no guarantee that it will not trigger and affect you in the future.

Having gone through reeducation and recovered from the ideological disease doesn’t mean that one is permanently cured … So, after completing the reeducation process in the hospital and returning home … they must remain vigilant, empower themselves with the correct knowledge, strengthen their ideological studies, and actively attend various public activities to bolster their immune system.”

We are the people who are witnessing another holocaust, just like the the Nazis frequently used propaganda to disguise their political aims and deceive the German and international public, China too walks on the same path and once again the world watches………