The research unit of China alongside a biotech company have developed a vaccine for prevention of coronavirus and the company have said that the military of China have approved the vaccine for medical use among the ranks. Organisations all over the world have been racing to find a cure to treat and prevent the deadly virus which started from the Chinese city of Wuhan and since its arrival, the virus has killed over half a million people worldwide. It has been reported that among the 17 candidate vaccines identified by the World Health Organization (WHO) that are in clinical evaluation, half of them involve Chinese companies or institutes.

The Hong Kong-listed CanSino Biologics have stated in a filing to the stock exchange that data from clinical trials have shown that the Chinese military vaccine had a “good safety profile” and had the potential to prevent disease caused by the novel coronavirus. CanSino said Monday that China’s Central Military Commission have approved of the use of the vaccine on June 25. The vaccine was created, together by CanSino and the Beijing Institute of Biotechnology and according to a report the use cannot be expanded without further approvals.

Must Read : Can a patient with coronavirus really not spread the virus after 10 days?

Only time will tell us how widely the new potential vaccine shall be used with the military force of China and the ministry of defence are yet to provide any details of the new developments, but with that being said, it’s good to see a step in the right direction at least. CanSino have also added that they can not as yet guarantee that the vaccine, which had its phase one and two clinical trials done in the home country, will in the coming days or months, be commercialised.

It is also worth noting that another 131 candidate vaccines listed by the WHO are in ongoing the pre-clinical phase, as yet no vaccine has been approved to allowed to be commercially distributed  but each day new developments come and the situation is bringing in some much needed hope for the people of the world. According to a recent medical journal, “The Lancet”, declared that there have already been more than 1,000 clinical trials on dozens of pharmaceutical treatments for the virus but as yet no effective medical vaccine or cure has been found. 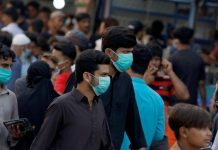 NCOC imposes restrictions due to a new wave of COVID-19 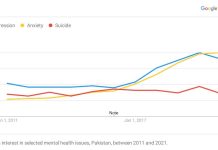 Smart Lockdown Increase as Govt Prepares For Round 2 With Coronavirus