“A real friend is one who walks in, when the rest of the world walks out.” A famous quote that truly reflects the depth and nature of Sino-Pak relations; Pakistan was among the first nations to recognise People’s Republic of China, since then, there has been no looking back. From being the most trusted economic partner, to investing heavily in infrastructure projects such as the multi-billion-dollar CPEC; China has been on the forefront, in helping strengthen Pakistan, both economically and militarily.

In September 2018, as part of an international assignment, Chris Xi, a Chinese expat, got the chance to visit Pakistan, with his first impression being sheer warmth; both in the local people and the local weather. The warmth was visible while walking on the streets or while dining at restaurants, locals were ecstatic on seeing a foreigner i.e. there was someone to greet or invite for a quick ‘selfie’, which used to excite him as well. However, after the initial month, all the excitement and curiosity faded.

His first impressions;  different from what he had heard on the news, surprised him. Chinese media reports on Pakistan are usually based on friendship and praise between both countries, mutual business cooperation and exchange visit of leaders from both countries and lastly related to terrorism and bombing. When he revealed his Pakistan trip to a close friend, he received sceptical views of the visit, due to the image portrayed by the media; as the friend used to picture Pakistan as a friendly; yet dangerous country for foreigners. So, Chris Xi opened up about the great sceneries, the even better hospitality and the incredible culture.

Must Read : Modi Lays Foundation Of Ayodhya Temple Over The Ruins Of Babri Masjid

Actually, he never felt unsafe in Pakistan; he roamed around, went for grocery shopping, ate out or for that matter and visited the museum. However, the most amazing things he experienced in Pakistan were the living cost, great restaurants and a plethora of open spaces/grounds, that are regarded as a luxury in China,

Professionally, when he got the chance to work with local colleagues, he was shocked by the cultural gap. Although locals were talented, professional and fluent in English, but, on the downside there was rampant procrastination in every aspect, perhaps people were somewhat laid back or easy going about work, although always optimistic, even if they faced a difficult situation.

However, in China devotion and conforming to the rules for the benefits of the organization are followed religiously, If there is any challenging or tough job, the Chinese leave no stone unturned to complete it to the best of their abilities, they always have their gadgets ready for any upcoming client meetings and or in case they have to report back to headquarters. In addition, shirking /putting off work or procrastination are unheard of in China. On the contrary, the Pakistani colleagues were found to be merrier as compared to their Chinese counterparts, which further inculcated in him the thought that life is much more than just work.

When it came to his area of expertise, he found the Pakistan automobile industry to be characteristically unique, where a buyer had to wait several months for vehicle delivery, otherwise, for instant delivery a ‘premium’ amount was charged, which was paid in addition to the original cost of the vehicle, also, the local market and the integrated tax free market was limited, which consequently spiked both the investment and production costs.

The local market was dominated by three Japanese brands; however, introduction of new companies like Kia, Hyundai and Changan would eventually create much needed competition in the market. In Pakistan, all the OEMs take up the inventory cost, which is counter-productive in terms of market response and customer requests.

However, in stark contrast, there was stiff competition in the Chinese market, where every brand used to offer a discount to lure customers and close deals. Also, all dealers used their cash or bank borrowing to buy cars from OEMs that caused dealers to expedite their capital overturn.

To conclude, he shared that he had witnessed the Chinese transition from a poverty stricken nation to becoming the second biggest in terms of GDP, he had a strong feeling that whatever was achieved in China could be replicated in Pakistan as well, although no culture is perfect, but it is necessary for each culture to learn from the other.  So, he had shared his experiences in Pakistan from the eyes of a foreigner residing in Pakistan, so that local organizations could benefit from it.

About the Author:  Chris Xi is the Vice-director Sales at Master Changan Motors. 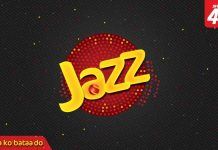 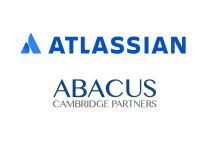 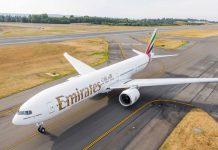 Lahore: Are you ready to fly over in plane with Careem?