Asim Abbasi’s burka-clad, patriarchy-fighting women, have finally entered the scene, and they’re here to make you pay for what you’ve done. The first Zindagi original and the highly anticipated web-series ‘Churails’ is now streaming on ZEE5 global, and the greatest witch-hunt to ever come out of Pakistan has garnered a lot of conversation on social media – in short, everyone has been loving the band of women taking on the abusive men.
As anticipating fans have started binge-watching the show, ‘Churails’ has created a lot of buzz online. In what has promised to be a fun-paced ride with feisty women out to wreak havoc on patriarchy and its manifestations, the ten-episode web series has kicked off on a promising note, and we aren’t the only ones to think so. As twitter filled up with conversation after the show started streaming, from journalists to fans, to critics – everyone joined in the discourse to share their opinion of the series.
From the looks of it, it has even made the British Pakistani writer and journalist Mohammed Hanif jump on the binge-watching bandwagon.

Mahwash Ajaz tweeted out about the brilliant performances and direction – pointing out that ‘Churails’ isn’t just making a social statement; it has a lot more to offer than that.

One thing that most of the discussions over twitter had in common was of the show’s gripping storyline – that is both humorous and thrilling, making it for one of the biggest factors of ‘Churails’ appeal.

Where journalists and critics take a wider perspective celebrating the brilliance that is ‘Churails’ for being the first-of-its-kind series coming out of Pakistan, with a creative freedom that has been denied to the industry for long, ‘Churails,’ it seems, works for more than just breaking the social norms. As aptly put here, ‘Churails’ is a celebration of women deemed ‘difficult’ by society, giving them a voice they never had.

If not for all that it offers, ‘Churails’ still seems to have been enjoyable enough to indulge in without expecting much – because the thrilling show keeps you hooked, as it seems.

So far, ‘Churails’ has managed to deliver its promise. Starring the talented Sarwat Gilani, Yasra Rizvi, Nimra Bucha, and Mehar Bano as the self-proclaimed witches, the show has garnered quite a lot of attention and good reviews for the unique and bold storyline, performances, and managing to call-out the misogynists with just the right amount of humor.

Breaking free from the storytellers who were the bearer of tradition & not knowledge, bringing old wives tales that lacked depth – ‘Churails’ set its roots on the opposite end of the spectrum. Bringing to screen the grueling realities of modernity without hiding behind escapist fantasies, the show has done a noteworthy job in combining humor with depth to bring a clear message. The reign of patriarchy is over – and they want you to hear it, loud and clear. 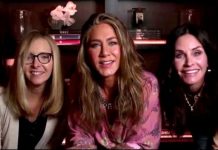 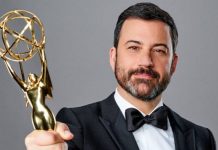 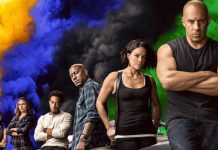 As a First, No Covid Death Reported in Sindh Since March

The new Volvo XC40 has been unveiled

FBR: Social media posts will be charged by 20% now