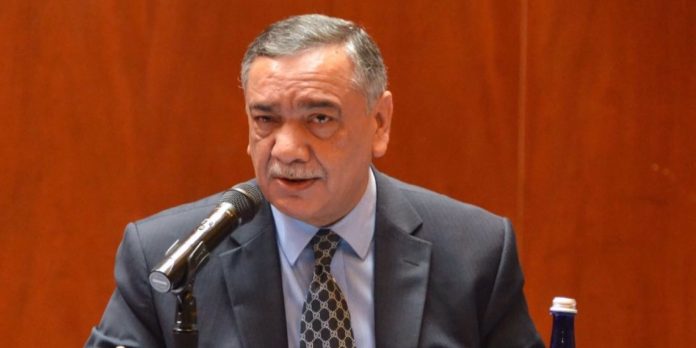 There are men who join women in marches and then there are men who support them in their work and give them confidence to be their own and show that they are worthy of the position that they are in. CJP Khosa is the latter of those and he has given a calming and relaxing speech to give women courage and the confidence to continue to be part of the society and establish an equal one while they are it and not let anyone tell them otherwise.

But we have noticed that when they become judges, somehow because the whole atmosphere is male dominated […] a ‘she judge’ also likes to behave like a ‘he judge’ so that she is taken seriously. This is one thing that we have noticed, that she does not even smile in the courtroom lest anyone else may get some impression,” CJP Khosa said, noting this was a problem that male judges did not experience.

Must Read : Pakistani bonds proving out to be a very lucrative option for international investors

Male judges don’t have that problem. They would cut jokes with the lawyers, they would relax the atmosphere and they would be comfortable with everybody else appearing in the court. But the female judge somehow has to change her personality. She has to become an iron lady so that nobody messes with her. So this is something that I wanted to discuss with you that just relax. Don’t become ‘he’ judges

You are compassionate, you are kind, you are considerate and when litigants will see you in court, they will feel that they can be in safe hands, very kind hands.

The atmosphere has to be very relaxed in a courtroom so that the litigant feels comfortable and the lawyers also can come up with whatever they want to say in support of their clients […] I’ve seen women judges that have a very stern look so please relax, people will respect you, people will be very considerate towards you. Just because you are women judges, you don’t have to impose yourself upon everybody and try to put on a show and to represent yourself as something which you’re not,” CJP Khosa remarked.

Be women in the courtroom as well, be relaxed and be yourself. Don’t put on a show.