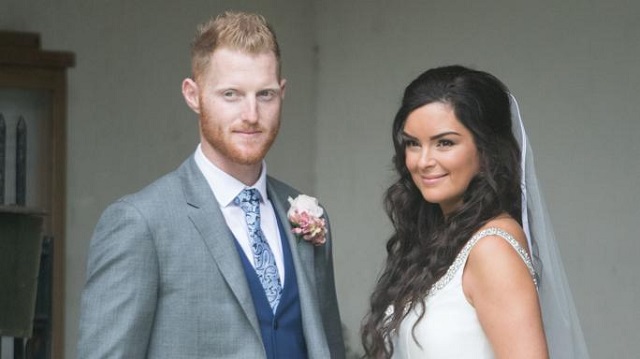 In a bid to put his recent troubles behind, the England all-rounder Ben Stokes got married to his long-term partner Clare Ratcliffe, on Saturday.

Among many past and present stars, England Test captain Joe Root and former captain Alastair Cook was present to watch the player tie the knot at the church of St Mary the Virgin in East Brent.

But a glaring reminder of his arrest over a nightclub brawl in Bristol was seen as a bandage wrapped around his right hand. 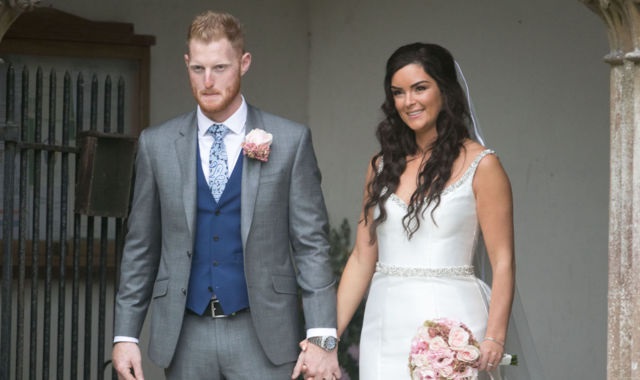 But the bandages were not seen when the couple kissed each other outside the church near Weston super Mare, yesterday afternoon.

The groom is still under police investigation for causing actual bodily harm following the 26 September incident.

Stokes’s Agent said earlier this week that all-rounder will explain what actually happened but “when the time is right”.

Stokes has lost some of his sponsorship deals since the September incident. He has also had to apologise to TV personality Katie Price and her son for impersonating them in a video published in September.

Groom on Saturday, arrived early to the church clutching his thank you speech along with groomsmen wearing matching grey suits. 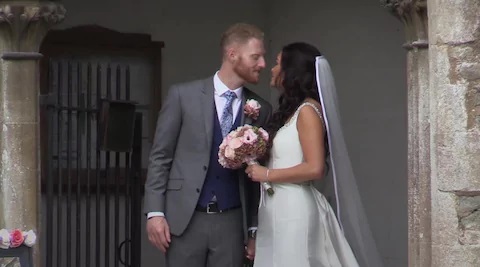 The bride was dressed in a white satin gown with shining beading and a low cut back and neck. She was accompanied by their two young children and 7 bridesmaids.

The guests were greeted to the 15th-century church by a mirror featuring the words ” Welcome to Our Wedding “. The church has a large stained glass window of a cricket glove and wicket. The window memorizes the former vicar Archdale P Wickham buried in the graveyard.

Bride was brought up in the same village

Clare Ratcliffe walked down the aisle following the sound of a choir followed by a cordial rendition of Jerusalem by the congregation.

This was a 40-minute service and a close friend of the couple sang Cyndi Lauper’s “Time After Time” and lyrics from Love is a Song from Disney film Bambi was read at the ceremony to make the special day of the couple more special. 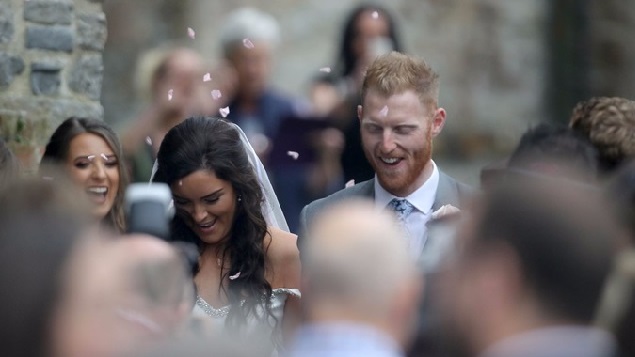 After they exchange vows, loud roars and cheers were heard from within momentarily deafening the choir as they started singing Randy Newman’s ” We Belong Together” as the guests departed following the sound of church bells.

Cricket fan Martin Coombes witnessed the festivities from the churchyard.

The villagers expressed the happiness for the decision that brought the couple to the announce their engagement in the local paper.

The couple briefly posed for a kiss at the church doors before joining hundreds of their guests for their reception at luxury ivy-clad 18th-century Doubletree Hilton Cadbury House hotel.

Pakistani cinema in 2019, from best to worst