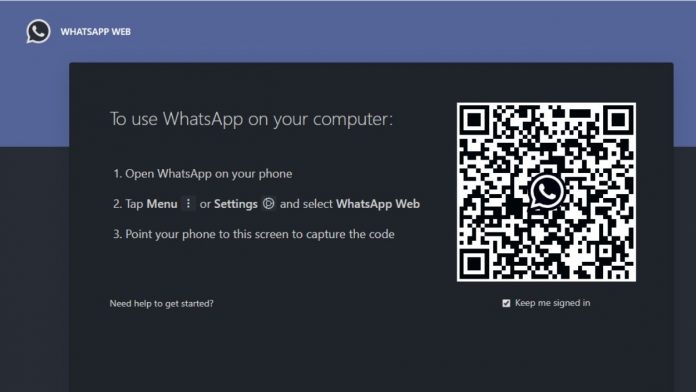 It took the people down at WhatsApp a substantial amount of time before they proceeded on to introduce the dark mode within the messaging app, finally launching the eye-friendly UI option earlier in this year. However, the same cannot be said about the WhatsApp web or indeed the desktop version of the messaging app – as they both are still restricted to the more conventional eye-searing light mode.

Now though, the latest reports, one of which comes from frequent tipster in WABetaInfo have actually revealed that the WhatsApp team is indeed working on to bring dark mode to WhatsApp Web as well as the desktop app.

Following a similar suite as to the mobile dark mode, it is quite noticeable that this isn’t actually an OLED-friendly dark mode. In any case however, it is still dark enough to do the job – and to make sure that it doesn’t blind you in the middle of the night.

Of course like one might have imagined, the WhatsApp web and desktop dark mode is still a work-in-progress.

As of now, dark mode isn’t anywhere near to being publicly available in WhatsApp web or indeed the desktop app, and if indeed the timeline with respect to the mobile app is a thing to go by, you shouldn’t be expecting a launch anytime soon either. The first rumors with regards to the dark mode being evident on the mobile version came about all the way back in 2018, and it was only until last year that we actually saw it being implemented.

Nonetheless, credit where due. Even though the whole process might be a bit more time consuming than one might have thought, at least WhatsApp is bring practicality for a more eye-friendly environment – and expanding the suite to not only the mobile app version, but also to the desktop and web versions. And since the rumors have picked up on in respect of web and desktop app, now we wait for an OLED dark mode for the mobile app.