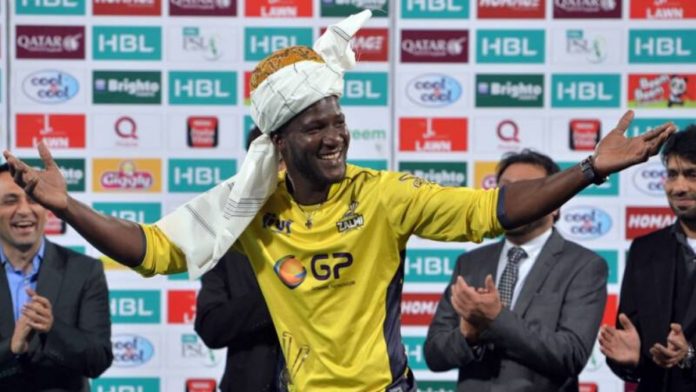 So the former West Indian cricketing captain and legend and the current Peshawar Zalmi captain, Darren Sammy is all set to get a honorary Pakistani citizenship, which will see the legend become a citizen of Pakistan. The man who is loved by all in our country and in other parts of world is set to be granted citizenship to Pakistan very soon.

In addition to that, it has been found that President Arif Ali is also set to give the man the highest civilian award in addition to the Pakistani citizenship which is all set to take place at a formal ceremony which shall be held on Pakistan day, 23rd March this year. This announcement has been made to honor Sammy for his invaluable service in a bid to bring cricket back to Pakistan. It should be noted here that the Zalmi captain has played a vital role in bringing back International Cricket to the country

The 36-year-old cricketer has been a honorable friend to our Pakistan and has played a key role in the resumption of top-flight cricket in the country. He was among the first cricketers willing and ready to play cricket in Pakistan and traveled with his PSL team, Zalmi, to the country. He later toured the country with World XI as well and he also payed his respects to the APS children who were subject to brutal terrorism in Peshawar. He also continues to portray a bright image of Pakistan by posting about his experiences in Pakistan on social media and how proud he is to play cricket in the country.

Earlier this week, Peshawar Zalmi owner, Javed Afridi, had formally requested President Alvi to approve Sammy’s citizenship and its seems that the efforts from the owner of Haier Pakistan has been recognized by the Pakistani premiere.

Umran Malik is set to be the talk of the town...

Broadcasting Rights Holder To Take PCB To Court Over PSL