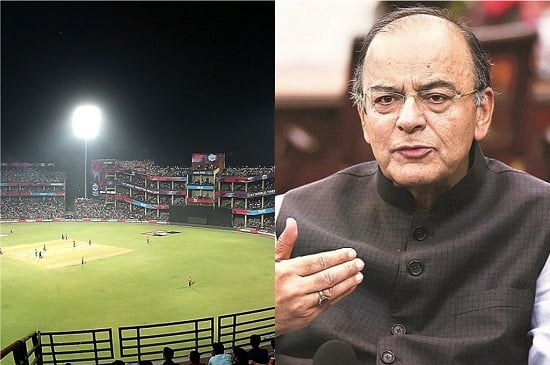 So the world is seeing the insecure Hindu leaders and the acts that they are doing. These leaders have already caused much unrest amongst the community of India, seeing as how they are dealing with the Kashmir issue and well they do not seem to be stopping.

Moreover, while the Kashmir issue is an international one, the Indian leaders are also showing a high level of insecurity to there very own Muslim population. Most of the world is aware of the Hindu extremists and there constant plots and hate crimes against the Muslim population in India. These extremists do everything in there power to make the lives of Muslims a living hell in India. Now, the government should be addressing this problem, instead they are fueling the fire. The Indian cricketing authorities have in turn crossed all limits to please the nationalistic and Hindu supremacist leadership of Modi-led BJP by changing the name of a cricket ground. Why, because the stadium was named after a former Muslim-leader.

Must Read: Event for the new Microsoft Surface, confirmed for October 2nd

Moreover,a stadium in Delhi, namely the Feroze Shah Kotla Stadium has had its name being changed to the name of a former Indian, Finance Minister, ArunJaitley. The former Finance Minister recently died on August 24, his age at the time, only 66, no matter what the country is, or the designation, death is truly saddening, however that does not mean you discredit one to credit the other, unless you have an anti-Muslim agenda that is. Interestingly, the former Finance Minister was a BJP leader and he enjoyed the Ministry during the first reign of  Narendra Modi’s government which started in 2014.

Furthermore, the Delhi and District Cricket Association (DDCA) are the ones responsible for taking the decision to rename this legendary and monumental stadium as Arun Jaitley Stadium after the association’s former president. In a bid to defend the newly taken decision the

DDCA president, Rajat Sharma stated in an interview to a local news outlet by saying that: “We are not changing the name. It will remain Feroz Shah Kotla ground. It will also be called ArunJaitley Stadium. It is an addition to that (old name) “