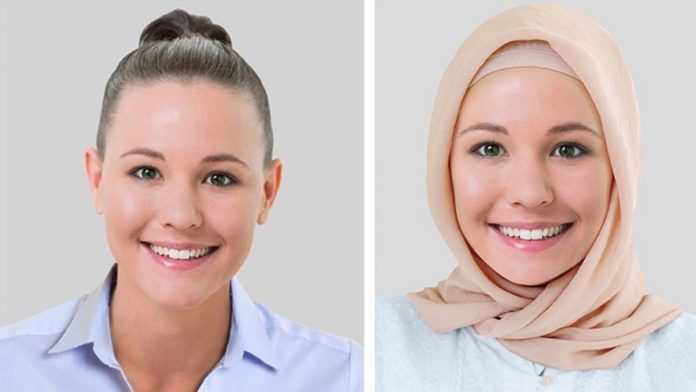 An overwhelming evidence of the job discrimination against hijab-wearing Muslim females in Netherlands and Germany is now available in a scientific article published by the European Sociological Review journal.

This glaring discrimination typically occurred in jobs that required face-to face public interactions with clients as well as customers, as determined by an exhaustive field study.

The study also revealed that women who were veiled in Spain were not as than those in Germany, the Netherlands as well as Germany.

Three researchers, Marina Fernandez Reino, Valentina Di Stasio and Susanne Veit uncovered that employers could discriminate towards all Muslim prospective applicants (veiled as well as unveiled) or only people who adhered to Muslim rituals, such as wearing the hijab, or the headscarf.

They selected a number of applicants and submitted two application forms for each of them. One application was accompanied by photos of women wearing hijab and the other was without wearing a hijab. The religion of women who were not veiled Muslim women was reflected through their activities of volunteering in an Islamic centre.

The job advertisements included hairdressers and shop assistant, to receptionist and sales representative – ones that require a large level of contact with customers in person.

The jobs that are selected differ in the qualifications for cooks, shop assistants, hairdressers and cooks usually needing less qualifications than the other jobs across all three countries.

In the Netherlands 70% of job applications with photographs of a woman in a veiled dress received a positive response for jobs that require high contact with customers. However, for hijab-clad photos, the positive rate was only 35 percent.

“The significant degree of discrimination that we observed in the Netherlands which is a country in which the institutional framework has historically allowed for the acceptance of rights of minority religions which is particularly shocking and suggests the stigmatizing impact of policies that have recently been that are geared towards cultural integration to immigrants” Researchers noted.

The field study in Germany yielded similar results. Although 53 percent of non-veiled Muslim women received positive reaction from employers, only about 25% of women who were veiled received feedback from their workplaces.

In Spain In contrast the degree of discrimination against the veiled Muslim women was not statistically significant.

The latest findings are in contrast to other studies which showed that concealed Muslim women faced a disadvantage on the workplace.

A study carried out by Doris Weichselbaumer from Cornell University found that in Germany it was not just hijab-wearing females as well as women with names that were not German implying immigrants were also subject to discrimination.

The combination of the Turkish name and a headscarf was the top sought-after segment among all applicants as their call-back rate remained just 4.2 percent.

The most recent study released by the European Sociological Review journal notes that Muslim applicants wearing religious attire may also be discriminated against in job interviews that do not require personal customer contact.

Researchers found that the majority of employers showed opposition to all forms of religious attire, even that worn by men.