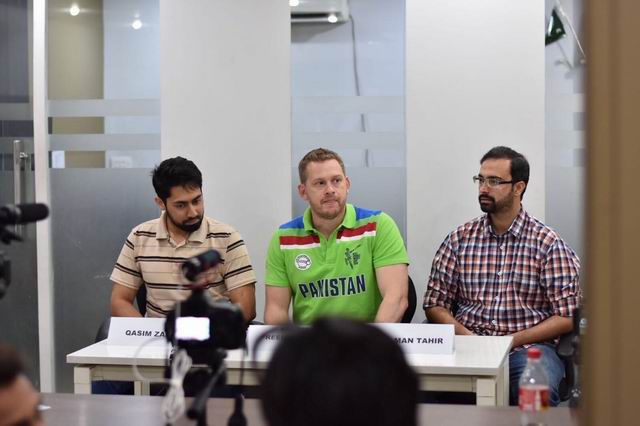 DDP (Dennis Does Pakistan) is a multi-purpose initiative that aims to show the resilience of Pakistani people amidst all negatives and also aims to be a stepping-stone towards bringing international cricket back to Pakistan by neutralizing the negative sentiment.

The initiative “Dennis Does Pakistan” (DDP) revolve around 5 major cities of Pakistan; Karachi, Lahore, Islamabad, Multan and Sialkot. From documenting how Pakistani streets gave birth to tape-ball cricket to playing cricket with Zaheer Abbas, this tour will have it all. It covers a first-hand account of the local cricket scene and culminates to how even after a decade’s absence of International cricket, Pakistan reached Number 1 spot in Test cricket and won the ICC Champions Trophy earlier this year in the UK. DDP will show the most raw and unbiased account of the cricket scene covered by an international journalist and we hope to make a positive impact and play our role in bringing back cricket to Pakistan through it.Dennis is an audacious Aussie journalist, who doesn’t shy away from speaking the truth no matter how difficult it might be to swallow. He is on a mission to Pakistan to create a documentary in collaboration with Cricingif, exploring the innate relationship Pakistanis have with cricket and put to rest some of the misconceptions the world has about Pakistan. 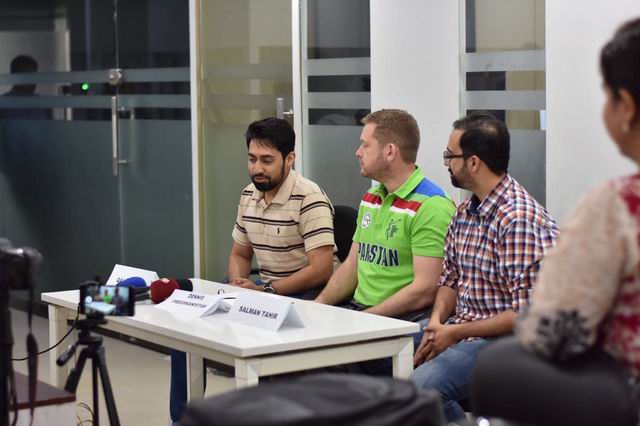 Dennis is an audacious Aussie journalist, who doesn’t shy away from speaking the truth no matter how difficult it might be to swallow. He is on a mission to Pakistan to create a documentary in collaboration with Cricingif, exploring the innate relationship Pakistanis have with cricket and put to rest some of the misconceptions the world has about Pakistan.

Dennis and Cricingif have been working together for many months on their successful weekly “You’ve Got Bail” show on social media.  He has enjoyed the local culture and street cricket, on his experience in exploring Pakistan till now he (Dennis) said:

“It has been almost 10 years since international cricket was last played on Pakistani soil. Yes, I’m aware that Zimbabwe popped over in 2015, but that doesn’t really count. The big boys just won’t come here to play. India won’t because of politics. The rest of the world won’t due to security fears. But despite this, Pakistan in the last 12 months rose to number 1 in the Test rankings and won the ICC Champions Trophy. But many of us Westerers have no idea what makes Pakistan cricket tick. Why is it so contagious. Why the only team that can beat Pakistan is Pakistan itself. I want to answer why, that despite the stereotype that it is an unsafe place full of mudering extremists (that mind you, we see in the UK, France and USA on an almost daily basis), we should find a way to get international cricket back to Pakistan. During this time of my trip, cricingif is recording it in a feature length documentary. I spoke with players, administrators and most importantly the fans. I’m doing this as I want others that share this passion to feel directly connected to this project & to know that we all need to unite in bringing international cricket back to Pakistan”. 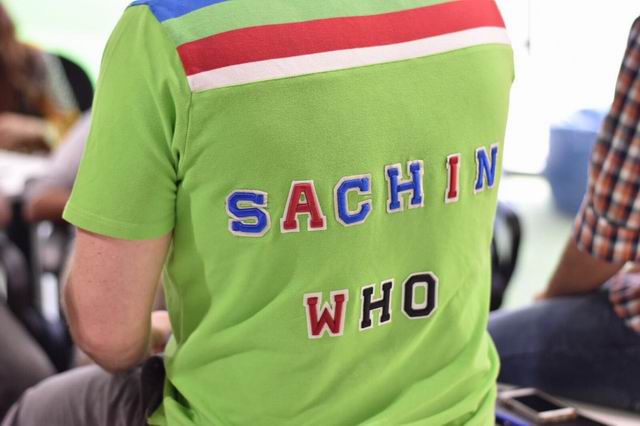 Cricingif principally has so far and will continue to work towards revolutionizing the way Cricket is covered and followed globally. Speaking about the initiative, Shahid Rasool, CEO Cricingif said:

“As a new age cricket company that targets a global audience, we have to entertain ideas which are daunting at first but at the same time of paramount importance. We are extremely excited to bring Dennis to Pakistan and show him the resilience of our countrymen and how we as a nation are crazy about Cricket. With this initiative in partnership with Pakistan Cables on digital media, we intend to shed light on the hidden gems within our society and also play a positive role in projecting Pakistan as a safe, cricket crazy and loving country to the international audience”.

Mariam Durrani, Head of Marketing & Brands, Pakistan Cables mentioned her excitement as into why they have supported this initiative,

“As the exclusive digital partner for Denis Does Cricket, Pakistan Cables Limited is proud to support Dennis’ journey focused on showcasing the nation’s eternal passion for cricket aimed at reviving international cricket in Pakistan. Pakistan Cables Limited has always been at the forefront of promoting social causes that help giving back to and connect with diverse communities. As a premier and pioneer cable manufacturer of Pakistan, it gives us immense pride to help support an initiative that will showcase Pakistan, at home and abroad, in a positive light”.

Cricingif is a first of its kind cricket coverage platform that offers the fastest ball-by-ball updates, including scores, GIFs, and video clips, along with live streaming. Cricket flows in the blood of Pakistan and there is a massive need for 360-degree coverage when it comes to cricket. Consumers in Pakistan, as they become busier and more and tech-savvy, are looking for on-demand solutions that can help them stay connected to the game at every turn even if they can’t watch the game completely. Realizing this gap in the market, Cricingif aims to provide the most engaging cricket coverage using ball by ball clips which no one else in the world is offering currently. Cricingif’s clip for every ball video coverage feature on the platform/app enables users to replay and share the most important moments of the game. They have entered into exclusive long term partnerships with the ICC (International Cricket Council) & PSL (Pakistan Super League) for ball by ball highlights to continue to provide users the best possible cricket viewing experience online and on their smartphone.

Muahmmad Mustafa - August 14, 2020
0
Infinix have launched their latest smartphone with the name Smart 5, and it is another entry into the entry level smartphone realm...