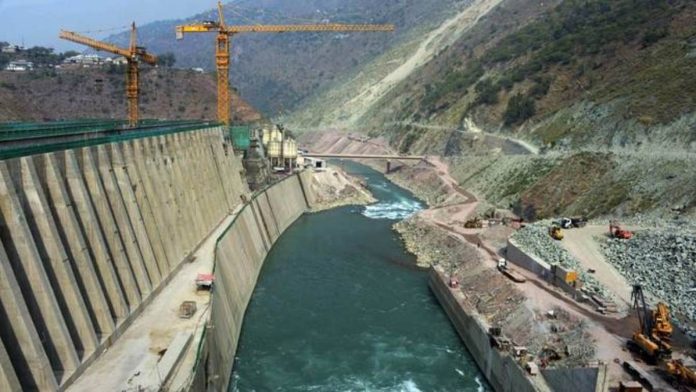 PM Imran Khan on Wednesday pledged to assemble the “greatest dam in Pakistan’s history” subsequent to commencing development work at the Diamer-Bhasha Dam venture, including that the task will likewise profit the individuals living in Gilgit-Baltistan (GB).

The PM offered the comments while tending to an open assembling in Chilas.

Prior, the PM had visited the site of the Diamer-Bhasha Dam alongside Chief of Army Staff Gen Qamar Javed Bajwa and Federal Minister for Water Resources Faisal Vawda, where they were advised on the uber venture.

In a tweet prior today, Special Assistant to the PM on Information resigned Lt Gen Asim Saleem Bajwa said that the undertaking will create 4,500MW of hydel control and give at any rate 16,000 occupations.

The chief, during his location, pledged that with this undertaking, the legislature was going towards building the “greatest dam in Pakistan’s history”.

Must Read : Pakistan on way to Success Through Digital Economy, Education: President

“This will be our third large dam. China has made around 5,000 major dams, however have a sum of around 80,000 dams. From this you can check the enormous missteps we have made previously.

“The choice to assemble this dam was taken 50 years prior. There can be no better site for developing a dam, it is a characteristic dam. Forty, 50 years back this was chosen, and work on the task has started today. This is perhaps the most compelling motivation why we haven’t advanced.”

The chief kept up that the legislature will currently move towards building more dams on streams, which will diminish pressure on remote trade and permit Pakistan to create its own fuel.

He included that producing power from water rather than heater oil or coal will likewise forestall negative effects of an unnatural weather change and environmental change. “The advantages are double. We won’t need to import fuel and it won’t influence our atmosphere contrarily.”

Imran said that the task would likewise produce openings for work for individuals living in the district. “I know about GB and have visited Chilas on numerous events in the previous 30 years. I am very much aware how much the zone relies upon the travel industry and the amount they need the travel industry throughout the mid year months.” He said that he will address the central priest to get ready standard working systems (SOPs) for reviving the travel industry that has been seriously affected by the Covid-19 pandemic.