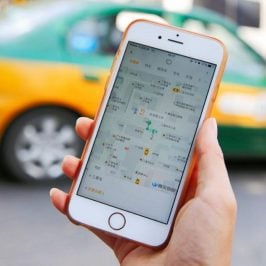 Didi Chuxing, a Chinese ride hailing service has become successful for getting permitted for testing its self-driving cars in California. California Department of Motor Vehicles has reported on its website that the company has been permitted to start this testing from 10th of May.

The Chinese ride hailing rival of Uber bought out Uber’s Chinese unit back in 2016. The company is one of the top Chinese firms looking to gain an edge over Silicon Valley tech giants.

If we see the history of testing autonomous vehicles in California, Baidu -an Internet firm- obtained its own permit in 2016. Baidu has also established a research center in San Francisco to boost its efforts for artificial intelligence.

According to the reports Alibaba and Tencent have also plans to test autonomous cars.

The point to ge noted is that despite the advancing technology, the big ambitions of tech giants to launch driverless cars are being tested by high-profile crashes. Vehicles are also involved in these crashes.

MUST READ: LAST PICTURE OF LIFE, AROUND 25 STUDENTS DROWNED IN NEELAM VALLEY

Self-driving tests of Uber were suspended earlier this year following a deadly crash in Arizona. This crash also involved an autonomous vehicle and a pedestrian.

Not only that, controversy has also faced electric automaker Tesla following several of the crashes involving its self-driving cars. Last week, two teenagers get killed and a 3rd injured after a crash that involved one of Tesla’s Model S cars in Florida.

The Chinese ride hailing company Didi has been expanding around the world mostly through investing in and partnering with its competitors. This taxi firm acquired control of Brazilian taxi start-up 99 Taxi earlier the current year, and has teamed up with other upstarts like Tallinn, Estonia-based Taxify & Dubai, and United Arab Emirates-based Careem.

Last month, Didi made its first direct expansion outside of China into Mexico. According to the reports, this expansion is holding talks about a listing that could help the company reach a valuation of between $70 billion & $80 billion.

elePhone has made its entry in Pakistan via DarazPk