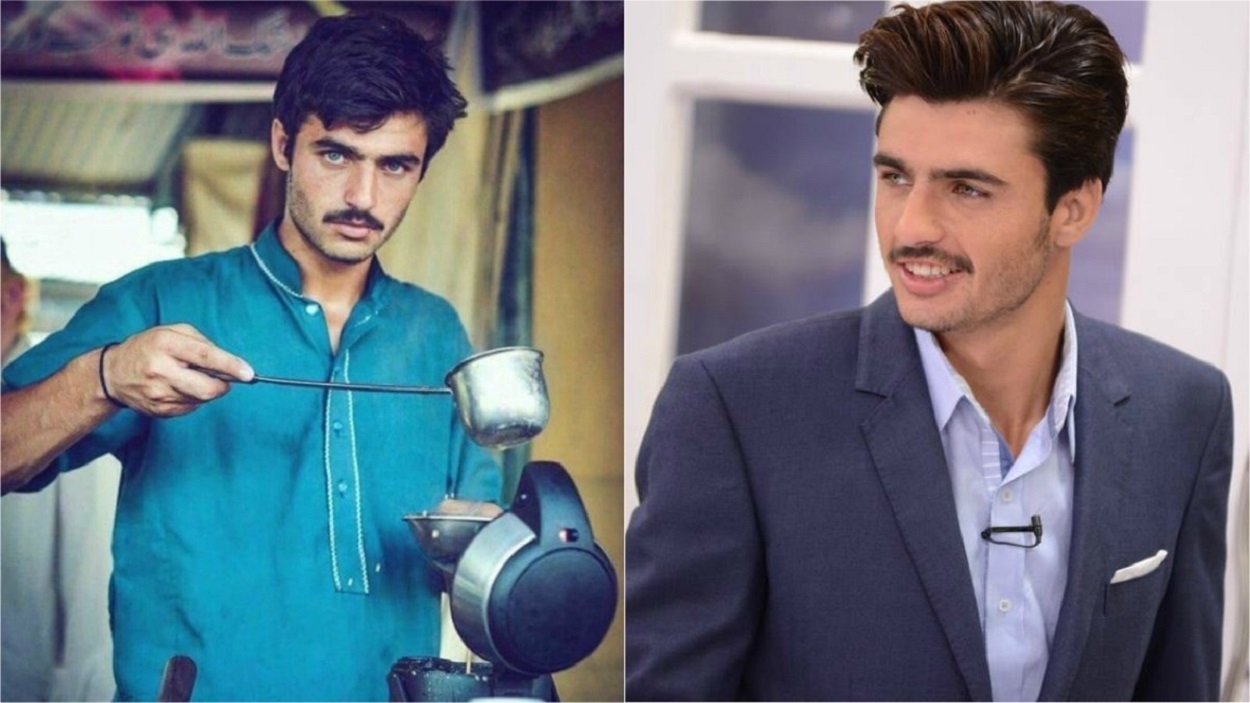 So for those of you wondering who the Chaiwala is, we’ll in 2016 A picture of this guy went viral of him on social media,in the picture Arshad Khan was captured while pouring tea in to a cup. The good looks and his amazing blue eyes instantly rocked the social media and he became an instant celebrity. After his picture gained popularity on the internet he was immediately picked up by various Fashion icons and hence began his career in acting and modeling.His song, Chaiwala also gained a lot of popularity while he was also seen to take the fashion stage, for various fashion designers in Pakistan.

Moreover, then he slowly stopped making the news and like all good thinks we thought his career had ended and many people even thought he had gone back to making tea after a somewhat successful run. However,all of these rumors went to waste after the man had an interview with a news website where he clarified that “Whatever you heard on Facebook or Youtube is fake news. I am still working [in showbiz] and didn’t stop. I just took a break for two months due to family reasons.” He plans to open a tea cafe in future. “Chai is my identity. I can never separate it from my name and I don’t want to either. I like it when people call me Arshad Khan Chaiwala.” Some pretty amazing words from a man who saw instant success in the industry, never forget your roots is the message from Chaiwala to everyone.

Moreover, it should also be noted that Arshad will be  starring in a film and is all set to release a new song. He is currently doing various acting and modeling projects as wellso yeah his career is very much alive. When asked about  what has changed since he rose to fame, Khan said that now he is more careful about his appearance unlike earlier when he would just go anywhere without paying attention to what he wore and how he looked.

NetMag Staff - July 2, 2020
0
Currently garnering rave reviews for her brilliant performance in a negative role in Pyar Ke Sadqay, the versatile Yashma Gill is all...

Muahmmad Mustafa - July 2, 2020
0
The locale instruction expert on Tuesday established a request advisory group to test into the charges of provocation against instructors of a...
- Advertisement -

Government Reduces Restriction on Bollywood films to one week