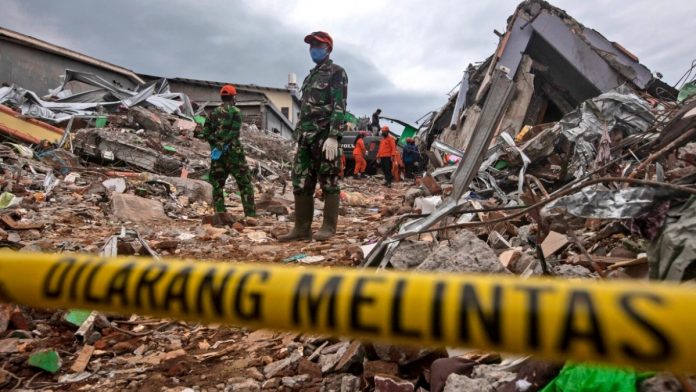 As per media reports from International media outlets, no less than 820 people have been found to be injured and over 27,800 were left without a home 6.2-magnitude earthquake struck the country.

In addition, Police and military officers have been deployed to crack down on looting in several parts of the region, as mentioned in reports.

Head of Indonesia’s meteorological, climatology and geophysical agency (BMKG), Dwikorita Karnawati, has stated that if another earthquake strikes the region, this could potentially lead to a tsunami which can further cause devastating effects for the region of Indonesia.

Authoritarian figures all around the world have expressed their deep condolences for the very families of the victims of the deadly earthquake. The Pope recently said that he was “saddened” to learn of the saddening news which has shook the world.

“His Holiness Pope Francis expresses his heartfelt solidarity with all those affected by this natural disaster,” the Vatican recently said in a statement released to the press.

“He prays for the repose of the deceased, the healing of the injured and the consolation of all who grieve.” Said the Vatican.

Images posted by media outlets in the country recently, showed us the scenes in the country as residents in the picture were seen run away from Mamuju in their cars and motorbikes as they drove past and away from buildings to get away from wreckage caused by the earthquake.

Sadly, landslides which were triggered by heavy rains and the earthquake had blocked the main access road out of the city which resides just at the coast.

In addition, the meteorological agency warned residents that the area could be hit by strong aftershocks and to avoid the beachfront in case of a tsunami.

Kate Middleton thanks fans for wishing her well on her 39th...