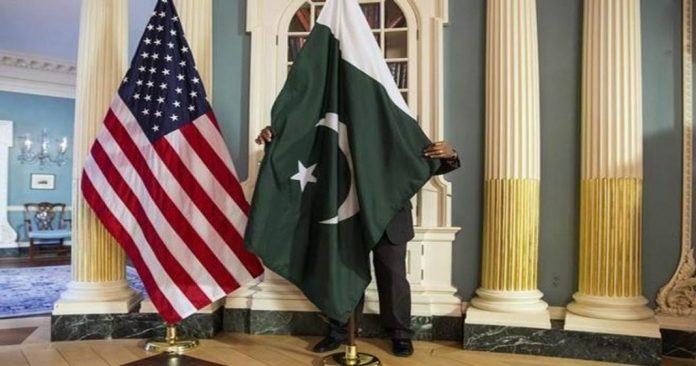 He was addressing participants of National Management Course here at Embassy of Pakistan Washington today. Officers from various occupational groups, undergoing their mandatory training before assuming senior most positions in Pakistan, are currently visiting the United States as part of their training program.

The Ambassador said that shared values between the two countries were a source of strength for the bilateral relations. Strong partnership in education sector and natural inclination of Pakistani youth towards US academic institutes and American universities would not only provide our youth with the opportunities to learn advanced knowledge but was the most productive investment towards the relations of the two countries.

Masood Khan said that Pakistani diaspora could play critical role in removing misperceptions not only about Pakistan but also about the United States. Pak-American community, he said, was not only contributing towards socio-economic development of the United States but was also in the front line in cementing Pak-US relations.

Discussing institutional linkages between the two countries, the Ambassador highlighted engagements in trade, investment, health, education, climate change, green energy, agriculture and tech sector. The Ambassador especially highlighted the US support to tech sector in Pakistan which he said was witnessing a remarkable growth and was poised to serve Central and West Asia, Middle East and North America.

On a question by a participant, the Ambassador observed that any attempt to see Pak-US multifaceted relations in context of any other country or through a specific prism would amount to limiting the scope of the relationship. He appreciated recent statements of the US leadership regarding Pak-US relations which reflected their wisdom, sagacity and far-sightedness.

USF and PTCL sign agreement for the optic fiber cable in...