Amongst the many flagship phones released this year, the HTC U11 probably stands out in the department of the most unusual flagship phone that 2017 has seen. Not only does the phone feature a “liquid surface”, but it brings along itself a rather unique feature – Edge Sense. Now you might have thought that the squeezable sides of the HTC U11 might not be that useful, and you’d be forgiven because many thought that this was going to be the case, and that this was perhaps more of a commercial move, rather than for the convenience of the users. However, this has not proven to been the case, as many users have found these squeezable sides to be more than useful and convenient, so as it turns out, the move was a positive one, looking from the perspective of HTC. 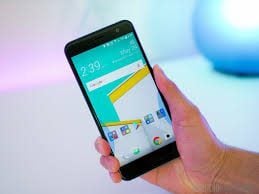 The most notable addition that the app brings along with itself is the double squeeze gesture. What this basically means is that users will have a variety of three different ways to apply pressure on the beautiful frame of the phone. The squeezes can also be set to result in multiple different actions, depending on whether the handset is lying flat on a surface, or is upright in the user’s hand.

The app can be used to remap Edge Sense, in order to perform a variety of different tasks, such as toggling automatic rotation screen, turning Bluetooth on and off, launching split screen mode and many other features aswell.