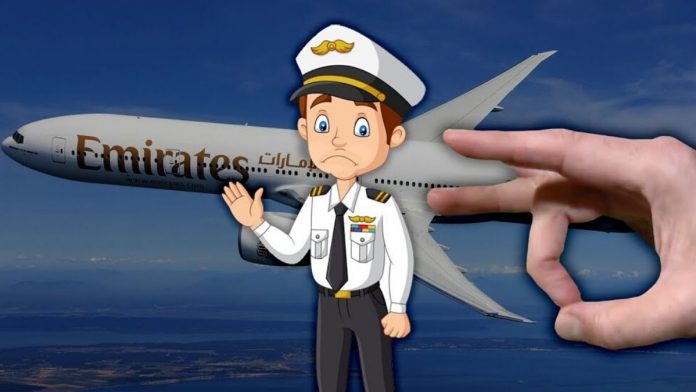 One of the most popular and most used airlines of the world, Emirates are laying off employees to keep up with their business dealings. The President of Emirates airline, Tim Clark has stated that his company have cut a tenth of their workforce since the start of the novel coronavirus pandemic by making necessary layoffs and that number may well rise to 15%, or 9,000 jobs, according to a report published on Saturday.

One of the world largest airline carrier, which operates a fleet of 270 wide-bodied aircrafts have seized much of there operations in late March as part of global shutdowns to control the widespread of the pandemic and to bring it down. The company then resumed two weeks later on a limited network and now palms to make trips to 58 cities by August or mid-August and considering the fact that they are coming down from entertaining 157 cities to 58 cities, we can understand why the business is making so many cut backs.

In addition, President of the airliner has already said that it may well take  take up to four years for the operations to return to “some degree of normality” and that the airline has been staging rounds of layoffs, with the most recent lay offs occurring just last week, no numbers have been disclosed at the moment. It should also be noted that before the pandemic struck, Emirates were handling nearly 60,000 staff which included, 4,300 pilots and nearly 22,000 cabin crew, as per the annual report of the company. Clark later said in an interview with the BBC that the airline had already cut a tenth of its staff and that Emirates “will probably have to let go of a few more, probably up to 15%”..

Furthermore, the International Air Transport Association (IATA) have already made it abundantly clear that airlines are in line to make a combined net loss of a astonishing $84 billion this year, giving us a picture of the damage caused by the latest pandemic. Clark said in the interview that Emirates was “not as badly off as others” but that the crisis hit just as it was “heading for one of our best years ever”. The Dubai-based airline had reported a bumper 21% rise in annual profits in March, which shows a completely different picture altogether.

Are Businesses profiting of the current Coronavirus Pandemic or are they actually making loses? Let us know below in the comments section!

An Exclusive Interview with CEO of Limofied