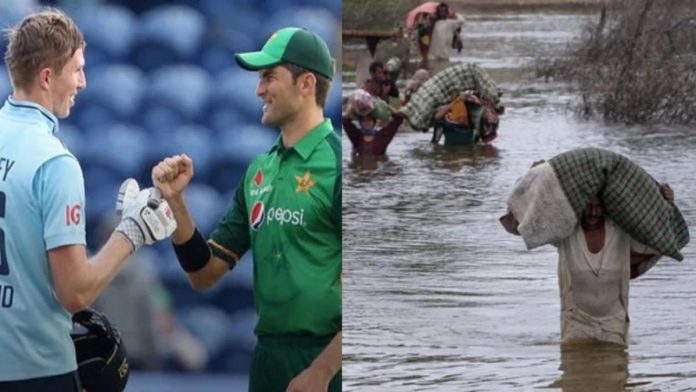 The England and Wales Cricket Board has reaffirmed their commitment to Pakistan and issued a public appeal to raise funds for those affected by recent floods through The Citizen Foundation.

On its official social media accounts, the ECB shared that “Our thoughts are with all affected by the devastating floods in Pakistan” and provided details on how people could donate money.

The Pakistan Cricket Board (PCB), had previously decided to donate the gate income from the first T20I against England, to the Prime Minister’s Flood Relief Fund in order to help the people affected.

Notable is the fact that Antonio Guterres (United Nations Secretary General) has also called for the support of Pakistan and warned about the dangers of climate change.

According to the NDMA report 1,634 people were injured, 735,375 animals were lost, 3,451 km highways, 149 bridges and 170 stores have been destroyed across the country since monsoon season began.

Chinese man beats up a Traffic warden over “no parking” ticket