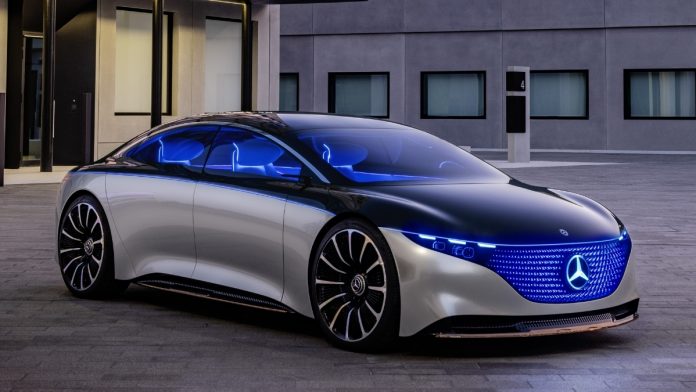 German car maker Mercedes is now venturing into the electric vehicle market with the latest 2022 Mercedes-Benz EQS. In the launch event which was held last week, the amazing Mercedes RV model was showcased along with its various exciting features so as to give established electric vehicle manufacturers such as Tesla a run for their money. The design of this vehicle from the German company reflects upon its track record of luxury as well as excellence combined with beauty and of course top notch technology.

Of course as has been made clear, Mercedes hopes to redefine the EV segment for luxury sedans with its new EQS – which makes way with features that can end up measuring with some of Tesla’s premium EVs. The release of this car is indeed a bold indication that the German car manufacturer intends to pursue the acquisition of a proportion of the market share with respect to the EV market – as it debuts in the US next fall. The next year Mercedes-Benz EQS will end up being part of the S-Class family.

The CEO of the company also proceeded on to claim actually that the EQS was designed so as to exceed the expectations of its teeming customers, and also this desire happens to be reflected in all aspects in relation to the EQS, which of course is brimming with excellence through and through.

The interior of this particular vehicle happens to be adorned with gadgets and is designed like a cockpit of a spacecraft, with there being several screens that actually offer operational and entertainment support. The appeal of the futuristic interior of the 2022 EQS is bound to draw enthusiasts for closer scrutiny and even comparison with the rather simplistic interiors that Tesla’s luxury sedans come with, and this indeed could turn out to be a stand-out feature of the next year’s Mercedes-Benz EQS.