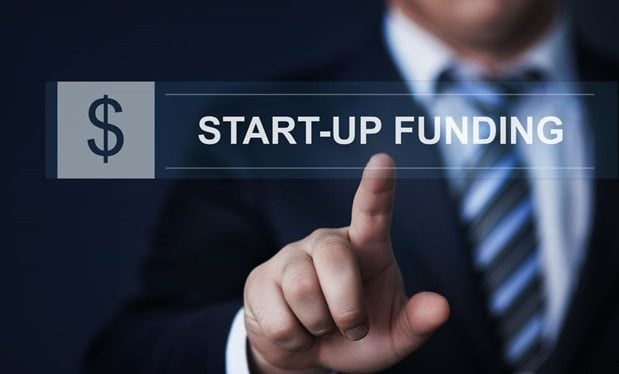 After banks in Pakistan curved down loan applications for his fledgling marketing company seven years ago, Faraz Khan establishes plenty of private investors eager to back his official dream with a catch. A lot of the cash was illegal and tolerant it would have turned his Gizelle Communication Ltd. into a money launderer like other corrupt startups.

“There were investors with vacant checks and investors who were like ‘take as much cash as you want,”’ he said over coffee at the Movenpick Hotel in Karachi. “You have to filter through very cautiously the ones that are dirty money.”

Khan instead turned to other businesses and an international bank to construct the company, which he is taking into consideration listing on the Pakistan Stock Exchange this year in what would be initial for a startup in the country. Stung by the unwillingness of banks, he’s taking on more of an angel investor job to get hundreds of other businesses off the ground across Pakistan as the 42-year-old seeks to duplicate his achievement with Gizelle through his Seed Ventures incubator.

While larger neighbor India has long had an exciting venture capital and startup scene, that’s not the case in Pakistan. It’s South Asia’s second-largest economy and home to about 200 million, yet the state is looked at with vigilance by foreign investors given authority shortages and security concerns. the largest part of the country’s commercial banks is risk averse, making money throughout investments in government notes and bonds and choosing loans to conventional manufacturers and industries run by well-established families.

With joblessness remaining far above the ground, even as China finances more than $55 billion of infrastructure and power projects, the country is under pressure to create sufficient jobs for its young labor force.

In an effort to boost entrepreneurship, Prime Minister Nawaz Sharif set up a loan plan for those below the age of 45 to set up businesses, providing interest-free loans to more than 260,000 citizens since his selection in 2013. That’s serious in a country where almost two-thirds of the population is under 30, according to the Jinnah Institute, an Islamabad-based think tank.

Leila Khan, a legislator and chairwoman of the youth loan program, along with other officials at the organization, didn’t answer to requests for a remark.

Homegrown organizations like Seed Ventures and Planet N Pvt. are attempting to modify the status quo. Young Pakistanis that Khan meets at university roadshows are often unwilling to becoming entrepreneurs.

They say “it’s risky, there’s a probability of failure, there’s a lack of access to investment and we’ve got huge expectations from our parents to in fact become doctors, lawyers, engineers and that is a safer choice,” Khan said, whose firm, Seed Ventures, has spent 78 million rupees ($745,000), supporting 135 startups. “That’s the cultural frame of mind.”

According to Planet N, more than 700 startups that were recognized since 2010, 67 percent are still active and 68 have handled to raise financial support of about $20 million. At least 24 incubators, accelerators and co-working spaces at the bottom of startups have popped up crosswise the country in the past seven years.

Nadeem Hussain the founder of Planet N, said, Even though the development of incubators and accelerators, startups will go on to stagger without wider access to seed funding. While his firm has endowed $8 million in 41 companies, most of them startups, he calculates approximately that at least $1 billion of seed money is required in Pakistan to assist new businesses in getting the next step.

“They educate you, they mentor you, but when you move out there are no funds,” said the 61-year-old Hussain, an investor who built Tameer Microfinance Bank Ltd. before selling it to Telenor ASA last year. “Unless we can address that, people are going to turn away from entrepreneurship for the reason of high failure rate.”

The old method of thinking is being confronted at centers that are popping up across Pakistan. The Nest i/o, which was initiated in Karachi about two and a half years ago, looks just like the incubators establish in Silicon Valley. In a high-rise with views crosswise the city of 20 million, millennials hunch over laptops in a multihued open-plan office besieged with foosball tables and beanbags.

Founder, Jehan Ara, took motivation from visits to incubation centers in Germany, the U.S. and U.K. the Gaining about $1.4 million in grants from Alphabet Inc.’s Google, Samsung Electronics Co. and the U.S. State division, about 100 startups have to approach through the center’s four-month cycle. About 85 percent of those are ongoing to survive.

along with the businesses that have been through The Nest are a contributor of flat-pack houses for refugee camps and one that makes etching machines that are a portion of the cost of imported ones, said Ara. Social Champ, a mobile app which at the same time posts on different social media platforms, trapped the eye of venture capitalist Guy Kawasaki, who has invited the founder to Silicon Valley, she said.

“A lot of kids have started thinking startups, which is a great thing,” Ara, who calls herself the Nest’s “Big Bird,” said in her workplace adorned with soft toys, candy, and entrepreneurial and inspirational textbooks. “It’s a move; it started three to four years past when kids started captivating work online.”

Google has just transformed Nest’s funding for another three years and is now looking forward to opening an accelerator plan and enter the contest with Seed Ventures and Planet N for Pakistan’s first unicorn, a startup with a value of more than $1 billion.

To get there, more will have to be prepared.

“It’s depressing if I’m the largest angel investor in Pakistan because I know groups sitting with half a billion dollars of liquidity which aren’t impending in this space,” said Planet N’s Hussain. 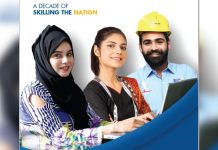 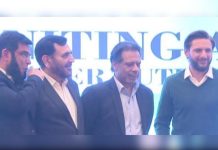 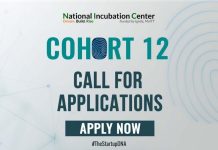 Qeemat App has been launched for the convenience of the people...

Telenor accelerating startups by ‘Velocity’ in event of “The Startup Struggle”