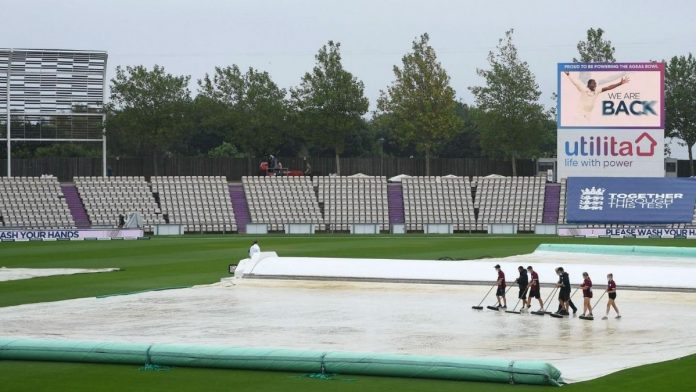 Zak Crawley struck 50 years as England and Pakistan played out a manageable attract their downpour hit second Test at the Rose Bowl on Monday.

Just 134.3 overs were conceivable in the whole match, which incorporated a 38 over spell late on the fifth evening as the sun at long last came out, with England completing on 110 for four preceding the game was canceled with no possibility of an outcome.

Must Read : Pakistan Announce Squad for Second Test Against England

Crawley scored 53, his third test 50 years, before he was out leg before wicket to Mohammad Abbas (2-28) having put on 91 with Dom Sibley (32) for the subsequent wicket, both increasing significant time at the wrinkle in front of the third and last Test that begins at a similar scene on Friday.

Opener Rory Burns (0) and Ollie Pope (9) were the other two batsmen excused. Pakistan had won the throw and chose for bat, posting 236 in their first innings.

Britain won the main Test in the Manchester by three wickets, with this draw finishing their run of three progressive Test wins subsequent to beating the West Indies 2-1 in their arrangement played a month ago.