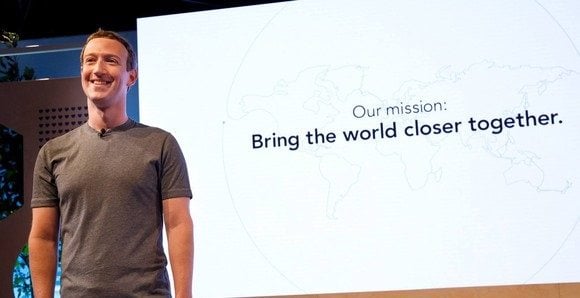 Facebook at the moment has 2 billion users, hitting the figure less than five years after attainment of the 1 billion mark.

CEO Mark Zuckerberg stated in a post. “We’re making progress by linking the world, and now let’s bring the world closer together,”

“Each day more than 175 million users share a ‘love’ reaction and greater than 800 million user ‘like’ something on FB, and each month more than 1 billion people use Groups”.

Moreover, Facebook will be sharing numerous personalized experiences over the coming days to demonstrate appreciation for the lots of ways people support each other on Facebook.

“We are excited to carry on building products that let people connect with one another, apart from where they live or what language they speak.”

The only other social media platform that comes close to the 2 billion number, with 1.5 billion users is YouTube. The WhatsApp and Messenger (Facebook’s own properties) are the only other platforms that have 1 billion users, at the same time as Instagram is getting there, with 700 million user currently.

According to TechCrunch, the developing world has played a massive role in Facebook’s growth, as a ‘lite’ version of the app that works on low-bandwidth connections launched by the social media giant.

Facebook got 746 million users in Asia and the ‘rest of world’ area in the past five years but only 41 million in the Canada and US.

According to report Facebook’s current user growth is at 17%, which is as faster than any year since 2012, while 66 % of its monthly users come back each day now compared to 55% give years ago.

PTCL injects PKR 4 Billion in U Microfinance Bank for growth