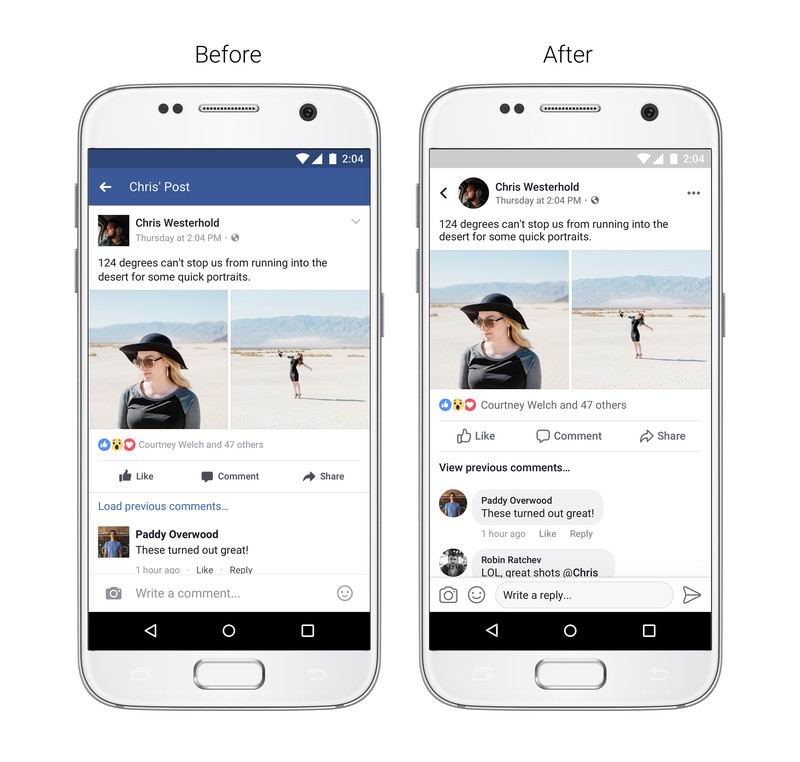 Facebook,  the entertainment corner and the giant that keeps you in touch with the people you want, around the world,  is going to roll out a slight redesign to the News Feed today.

The redesigned News Feed overhauls the main interface of the site for a cleaner look. If we translate it into a practical term, the Facebook is redesigning its News Feed to get rid of the blue accents and headers across most of the interface and the company claims that this absence of blue headers will make navigation easier and more consistent.

The complete comment will be shown in the gray bubble:

Another big change,  that is announced, is that the comment threads on posts are also getting a new design to make them look more like a message conversation, especially like that of Facebook Messenger conversations. According to my guess, this very feature is going to be the most adorable by the users, as via this feature the each comment instead of being broken by simple line breaks, will have its own gray message bubble,  that will really make a reader to track the person who is replying in a given thread.

A new and simpler design has also been decided for Like, Comment and share buttons that are really a larger design to be easier to tap on a touchscreen.

Australia agreed to use Chinese drones in non classified operations

JazzCash to provide its Payment Solutions to Kaymu’s Customers