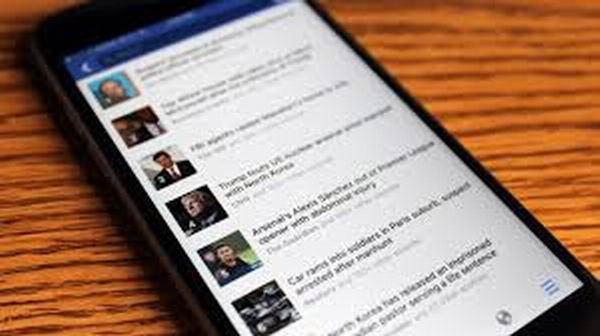 Facebook is rolling out a “Trending News” section on mobile, which also includes the apps own link in the app’s main navigation. This follows the earlier announcement which was made by the company this spring, of a redesign for trending topics, an increasingly important part of Facebook’s social network, where it tracks the news stories that are buzzing across its service.  That redesign is now rolling out to users on iPhone and Android devices in the U.S., while the added navigational link to Trending News became available on iPhone over the past few weeks, and is in testing on Android, Facebook tells us.

In the case that you missed the announcement which took place in May,  the Trending Topics section was redesigned with a focus on making it easier to see how other publications are covering a topic, in addition to what friends and public figures are saying about the matter and when you click into a trending topic followed by an update, Facebook explained you will see a carousel of stories from other publications that you swipe through horizontally.

However, one aspect to Trending’s makeover that wasn’t really touched on during Facebook’s earlier announcement was how Facebook was toying with a redesigned list of news stories that focused on headlines, not just “trending topics.” The original look for Facebook’s Trending Topics – which you pull up with a tap into the app’s search box – is a simple list of topics and the beginning of a ledge that’s usually cut off. These appear below your own recent Facebook searches in the app. However, in the case that you access the new trending news link that has just popped up in the navigation menu of Facebook, there will be a whole different sort of trending section present.

The new Trending News section joins a number of other new additions to Facebook’s main navigation as of late, including the food ordering option, Town Hall, weather, the Explore feed, and more. However, to say that all of the mentioned above have proven to be successful would not exactly be the right thing to say, and the best example of this, in turn, might be the new travel-focused City Guides section, which has pretty much disappeared over the course of the past weeks.

Facebook and Microsoft created a big undersea cable to boost up...