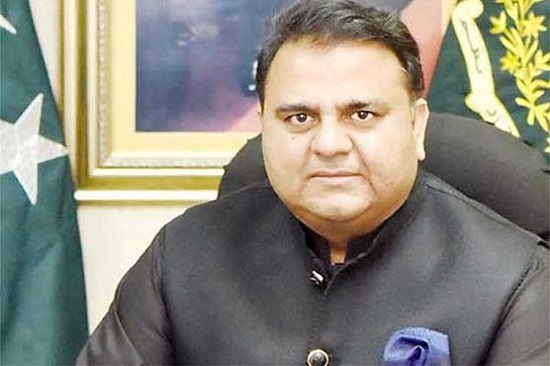 So as per the latest news it has been found that the Minister of Science and Technology Mr Fawad Chaudhary has been appointed as the head of the advisory board at the COMSATS University. The minister who is currently a part of the Imran Khan Gobernance was previously assisting as a member of the commission’s advisory board, and will now officially replace Nasim Nawaz as the new head of the advisory board. Fawad Chaudhary had also visitef the university’s main campus which is situated in Islamabad where the Minister spoke on how the commission’s work had created opportunities  for sustainable development in nation and the part it has played over the years. The Ministry stated that the appointment of the Federal as the head of the board and that he will in turn further intensify the objectives of COMSATS.

COMSATS university has played a vital role in the educational system of Pakistan and has been the  brain-child of Pakistani Nobel Laureate, Prof. Dr. Abdus Salam. The university has worked continuously to provide a platform where sustainable development may occur in the country, they want to make this possible through the field of Science and Technology, to make it better and way to ensure development in the nation. Moreover,  COMSATS has collaborated with 27 countries out of which thirteen are from the continent of Asia, twelve from Africa and even two from Latin America.

Must Read: Legendary Batsman Inzamam-Ul-Haq record broken by non other than Steven Smith

One of the centralaims of tue the University is to reduce the gap which is seen between  the developed and the developing countries and once again the organization aims to correct this through the development of science and technology.Moving on, the government of Pakistan is also adamant on developing the sector of Science and Technology in Pakistan. The government aims to make the government schools across the country in to  well equipped Science and Technology oriented schools and the Minister has already said on various occasions that the government has selected 1500 government schools in the first phase of their program to introduce technology-based education in those schools with further schools to be added down the road..

Huawei Honor band A1, A better way to Safe from Sunscreen

Parental Guidance, the option for social media and responsibility