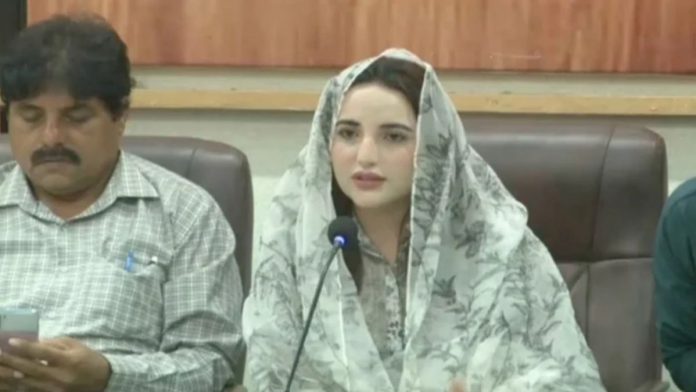 The Federal Investigation Agency (FIA) has sent two banks to stop the freezing of TikTok popular Hareem Shah’s accounts as part of a money-laundering investigation, brought against her.

The FIA has opened a money laundering probe against Hareem Shah after a clip of her claiming she traveled abroad with a huge sum of money became viral in the last few days.

A recent development has revealed that the agency investigating has sent letters to banks in which the TikTok star has the accounts, asking to freeze the accounts until an investigation is complete.

Fizza Hussain also known as Hareem Shah has two accounts with banks in Pakistan, one in Lahore and another in Karachi.

Shah had travelled to Karachi International Airport to Doha in the early hours on the 10th of January.