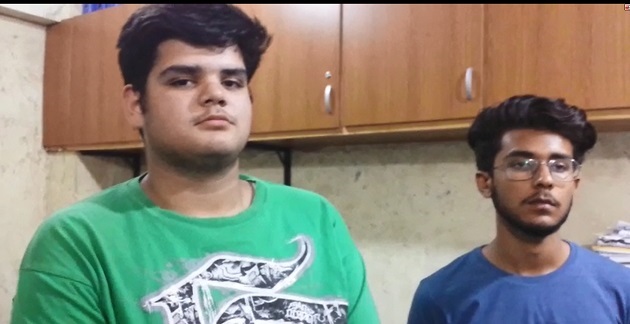 Killer suicide game after taking the lives of more the 160 people from different countries of the world has entered Pakistan and is preying the lives of people not only those who play this game but also the people around those players.

Recently FIA has claimed the arrest of three people who were playing Blue Whale known as Suicide Game. The Federal Investigation Agency ( FIA ) has also claimed that the arrestees have been arrested following the directory of the Interior Ministry of Pakistan.

The arrestees have admitted the crime of playing Blue Whale Game.

The game that begins with interesting challenges to develop the interest of the player for the game took the boys from Pakistan to kidnap a boy and upload this video on social media.

According to the reports of FIA, the arrestees has admitted that they kidnapped a boy to meet the challenges and reach higher scores while playing Blue Whale Game. They also admitted that according to the directory of the administrator behind the game they tied the hands and feet of their prey and taped his mouth. Later they uploaded the video of that kidnapped boy on social media.

As the game is not available in Google Play Store or other apps, and the game is only sent as a link on different social media accounts, two more people are also reported to be playing this game. However,  searches for those two is going on as per the reports of FIA.

All the three arrested people are from Lahore.

Initially, the player provides all social media accounts details and passwords alongside the location and family details to the administrator.

Watching horror movies, getting up at odd timings, crafting Whale on the arms and bearing blade cuts on different body parts are the tasks assigned in this game. These tasks are followed by suicide.

If a player refuses to take his life he is threatened to get his family members or someone beloved dead, and that threat invokes the players to follow the suggestions of the administrator of Blue Whale Game.

Most probably the arrestees were still playing the game but we’ve not reached the final stage of this suicide game that after a series of 49 adventurous and odd tasks ask for the life of the player at the final 50th stage.

It is also possible that the arrestees were blessed with the strong mentality that did not let them follow the directions of administration of the game when they were asked to take their life.

As the arrested individuals are going through the investigation, we ca

Muahmmad Mustafa - July 8, 2020
0
Leg-spinner Yasir Shah on Tuesday said googly will be his primary weapon in the up and coming Test arrangement against England which...
- Advertisement -

This Australian tech firm is setting up its operations in Pakistan...

BAN ON PLASTIC BAGS LEAVES NO ALTERNATIVES FOR SHOPKEEPERS