FIFA to Showcase World Cup 2018 Trophy in Pakistan. There is good news for all football fans in Pakistan as Coca-Cola will be bringing the Original Trophy of FIFA World Cup at Lahore, Pakistan on February 3, 2018.

This will surely be a historic occasion for Pakistani fans because they will get the opportunity to experience football’s most popular prize.

Coca-Cola is hosting this momentous, international tour of the FIFA World Cup™ Trophy Tour which will give millions of people around the world the chance to get set and ready to savor the feeling of the world’s biggest, most anticipated sporting event, none other than “The 2018 FIFA World Cup™”.

In this international tour, Coca-Cola and FIFA invite fans to get up close and personal with the same trophy that is offered by FIFA to the winner of the FIFA World Cup™.

To all those who love this game and have passion for it, this will be once-in-a-lifetime chance for thousands of fans to see the most iconic piece in football

Must Read: WhatsApp lets anyone spy on group chats due to a security flaw

“We want to bring international football to #Pakistan. The trophy is just the beginning”

The Tour by Coca-Cola started from Russia in September 2017 and will visit more than 50 countries all across six continents, travelling 126,000 kilometers in 9 months leading towards the 2018 FIFA World Cup™.

The FIFA World Cup™ Trophy Tour will visit 25 cities within Russia which will be the longest host country tour in history.

Rizwan Khan who is the Country Manager of Coca-Cola at Pakistan said,

No doubt that the FIFA World Cup™ Trophy’s visit to Pakistan is a historic proud moment, not only for football fans but for the entire country, as it will it promote a good image of the nation at international level.

“Pakistan has millions of football enthusiasts and we are extremely excited that Pakistan is able to be a part of the Trophy Tour this year. Coca-Cola has always been the pioneer in taking initiatives that resonate deeply with the youth and support their development.”

“Be it music, education, environment or sport, Coca-Cola firmly believes in the power of the young generation in the country. Football is not only an emerging sport in Pakistan but also fast becoming a key platform of self-expression for the youth connecting them beyond social and cultural boundaries.” He added.

The Trophy will be revealed on 3 February for the media and thousands of Football fans at the Coke Fest in Lahore and will remain in Pakistan for one day.

Apart from the Trophy Tour, Coca-Cola will bring a consumer promotion offer for the fans which is actually a chance to attend the FIFA World Cup in Russia including an exclusive opportunity to represent Pakistan at the Coin Toss ceremony in one of the matches. Isn’t interesting? Sound good. 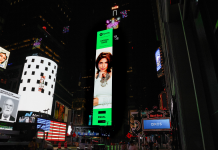 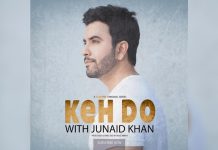 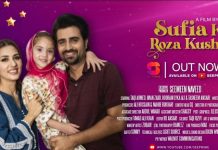 Indian junior team washed out Pakistani junior players in U- 19...

Wasim Akram is all set to make his film debut