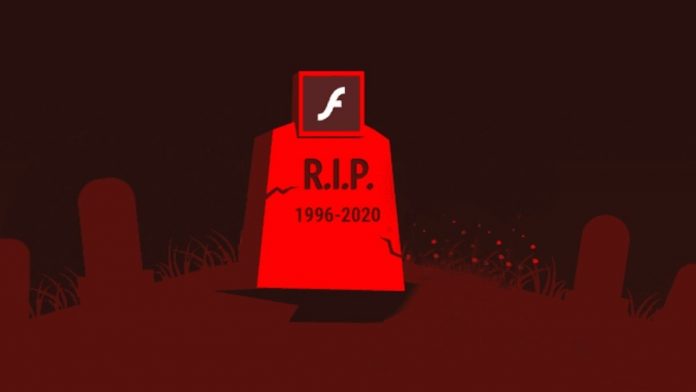 The Flash Player, which was once Adobe’s most prized creation, a famous browser plug-in which allowed rich animations and gave access to a endless amount of online games, has officially gotten the sack. This is primarily because the software was plagued with a wide array of security issues over the years and was unable yo to adapt to the smartphone era. Flash Player have officially announced that they shall stop running animations or online games after January 12 and will not be offering any security updates to the plug-in either. The company has also urged people to uninstall the plugin from their browsers.

The famous plug-in was launched back in the year of 1996, Flash Player was an instant success as it got launched at a time when everyone around the globe had very slow internet connections when compared to the speeds of today. The plugin allowed web designers and animators to create animations for videos and online games which could be downloaded relatively quickly. After hearing about the news, Animator David Firth said “You could make a full three-minute animation with multiple characters, backgrounds, sounds and music less than 2 megabytes (MB) and viewable from within the browser”. Owing to the immense potential the Flash Player unlocked at the time.

Must Read: Oneplus Band Might Be Coming Sooner Than We Thought

It was because of this tremendous capability that the, Flash Player became very popular after its creation. This offered everyone a quick and easy way to play their favorite games and also to watch viral videos even with really slow internet speeds. The main issue of the plug-in was however, that it brought with a wide variety of security issues as time went on and failed to combat those issues. Another reason was the outburst of the smartphone world which became an apparent alternative to the flash player and today has an ever-growing market. The smartphone industry moved on as big brands including Facebook, Google, and Netflix were already reliably streaming high-quality videos without Flash Player.