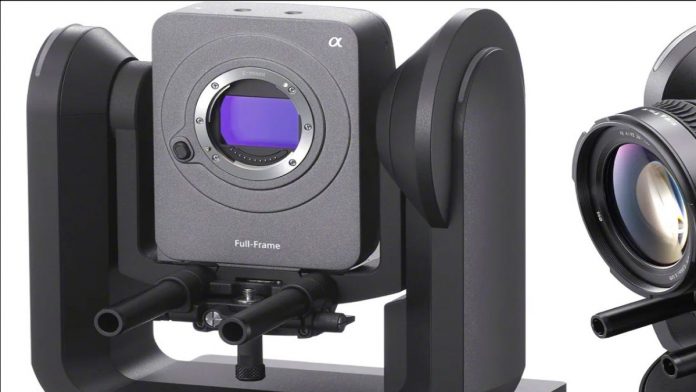 It is the “world’s the first” Full-frame interchangeable-lens camera equipped with pan tilt-zoom (PTZ) robot technology has been announced by the electronics major Sony called the FR7. The company claims it is a unique mirrorless camera which combines remote-controlled robots with the advanced technology used in FX6. FX6 film camera.

It’s priced higher than $10,000 without a lens , and is designed to be used for professional productions, including concert shows, reality TV music videos, dramas and many more. It can, for example be mounted on a crane tripod, or dolly tracks. It can also follow subjects remotely, without interference. Thanks to its pan-tilt-zoom capability it can be mounted on moving objects which gives directors new perspectives and angles.

Additionally, in comparison to conventional television cameras that use robotics the larger sensor can allow to provide a greater cinematic experience. As per Yang Chen, vice president of Sony Electronics, “the cinematic style and feel is rapidly becoming the norm for live broadcasting and live production because it offers new methods to tell an idea. “Over the last three years, we’ve noticed an exponential increase in content that is developed remotely or in remote areas with limited access.”

Sony appears to have used the rear end of an FX6 and connected the body and mount to a motorized mechanism smaller in size to make the FR7. It’s designed to tilt and pan effortlessly at speeds that range from.02 -60 degrees/second with an adjustable range of 170 to 170 inches (pan) and 30 to 194 degrees (tilt) (tilt). It is possible to save up to 100 camera images and control the device via a web application or an optional $2,625 remote controller.

The 10.3-megapixel sensor is a rare choice due to the resolution limitations of 4K because it might not be enough for some applications that require high-end resolutions. However, it does allow recording in 4K in 120 frames per sec as well as 1080p recording at 120 frames per second. It also comes with an native ISO range that can go up to 409,600 as well as an effective dynamic range of up to 15 stops which makes it perfect for shooting in low light. It also has S-Log3 gamma, S’Gamut3 and S-Gamut3 color space for HDR and enhanced ability to color grade.

It also has the same autofocus features that are available on the FX6 which includes the Fast Hybrid Focus, real-time AF and Real-time Tracking and it also supports touch focus using the web-based application. Sony believes that its eye-detect AF is fast and precise and will prove crucial for situations such as live streaming or real-time television with no human operator. The device also comes with a switchable electronic ND filter as well as dual Type A slots for SD/CFexpress and an Ethernet connection to control the remote (and power) as well as HDMI and SDI video outputs.