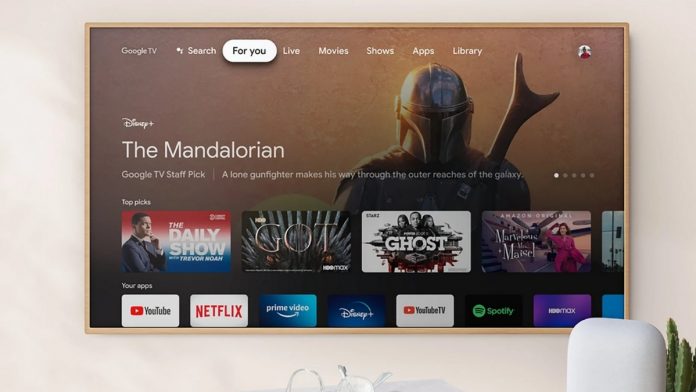 Google TV of course happens to be the smart TV platform from the search engine giant which is based on the Android operating system and also is responsible for powering devices like Chromecast as Smart TVS. Now, in the latest news, it has actually been suggested that Google could actually end up offering free TV channels via the aid of its Google TV.

In accordance with what the latest reports suggest, Google is in talks with free and ad-supported streaming television providers over the possibility of adding those channels to its smart TV platform. It will then make way with a rather similar feel to that of traditional TV with commercial breaks to accompany of course.

The speculation claims that the free streaming channels could end up getting launched on Google TV over the course of the coming weeks or months, however, the company might end up waiting so as to announce the initiative with its Smart TV partners sometime early next year.

As far as the usage goes though, it’s very likely that users will be getting a dedicated live TV menu in order to browse through the channels. On smart TVs, the streaming channels are expected to be presented alongside over-the-air programming which can be accessed via the aid of an antenna.

Of course all in all, what Google is trying to do is by no means new. Smart TV platform in Roku has already made way by launching a similar platform that boasts around 10,000 episodes and films. It also comes with more than 200 free channels on its platforms.

Google first came into the free TV streaming category when it took upon itself to unveil the Android TV platform back in 2014. It made its way with live channels framework for the sake of aggregating live programming from streaming-apps and also over-the-air broadcasters, however, failed to gain much traction.