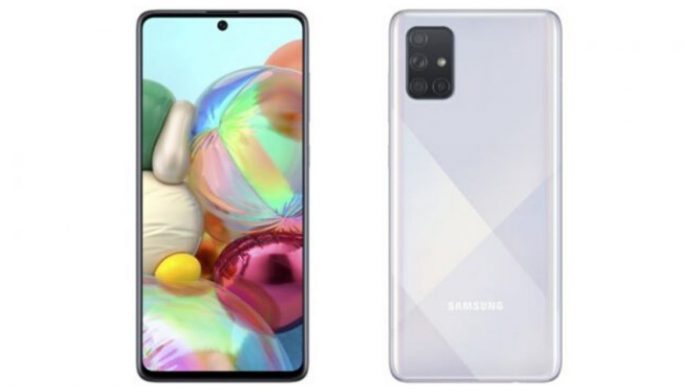 The more recent news that surrounds Korean manufacturer Samsung – after it unveiled its flagship smartphone series for the year follows the company announcing the Samsung Galaxy A71 5G for the Indian market – with the phone already being launched in Vietnam. The device already launched gets its juice from the Snapdragon 730 processor, while it supports 4G networks. Back in November of last year, it was suggested that there will in fact also be a 5G version for the device from Samsung, which will feature with model number SM-A716. Subsequently, this version has now made its way into Geekbench.

This device from Samsung was subject to being benchmarked, with the Geekbench listing goes on to reveal that the phone is powered by the Exynos 980 processor. This is indeed the company’s first ever processor which features with a built-in 5G modem. It has also previously made an appearance on both the Vivo X30 as well as the Vivo X30 Pro.

In any case though, the Samsung Galaxy A71 5G (SM-A7160) runs Android 10 and features with eight gigs of RAM. It managed to accumulate a score of 3078 point in the single core test, while achieving a score of 7346 points in the multi-core test.

As of now, we don’t exactly know whether or not the processor will be the only difference between the Galaxy A71 5G and the Galaxy A71 4G. One thing is for sure though – the 5G version will command a higher price than its 4G counterpart.

The Galaxy A71 features with a 6.7-inch 2400 x 1080 Super AMOLED Infinity-O display. The device features with eight gigs of RAM while it has 128 gigs of internal storage with the option of expandable storage due to the presence of the MicroSD card slot.

QMOBILE COLLABORATES WITH TELENOR TO GENERALIZE 4G TECH THROUGHOUT THE COUNTRY

Revised price of the Mate 10 Lite; Dollars or else