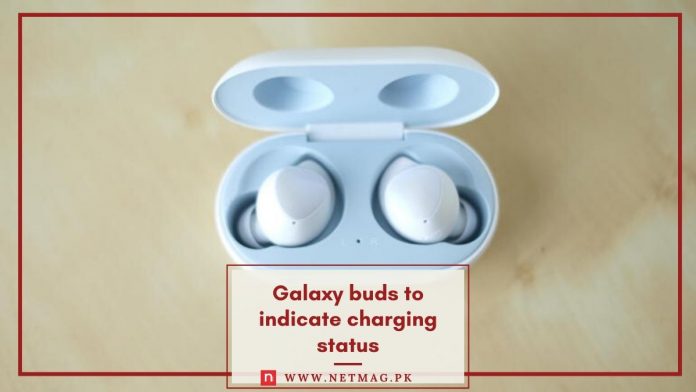 By the looks of it, the Galaxy Buds Plus will indeed get a small design tweak after all. The renders which happened to have been leaked previously missed out on a tiny detail which has now surfaced. New renders now go on to show the addition of Left and Right buttons which are seemingly present on the charging case.

And so with the buttons being pressed, the charging status of the individual earbuds may be indicated. The biggest advantage that this feature would bring along with it is that where you wear just one earbud leaving the other in the charging case, you’ll know exactly when the other that isn’t in use becomes usable again.

As far as the current Galaxy Buds case goes, it showcases the combined charging status – even though it does mark the left and right buds in a separate manner.

Must Read : Samsung One UI update goes on to reveal new camera, as well as battery features

Other than this minor tweak carried out by Samsung, leaked renders of the Galaxy Buds Plus show a quite similar design. Those of whom who have got their hands on the buds claim that they look and feel exactly as what was offered by their predecessor.

And also, there too appears to be a new blue colorway. Until now, we’ve only seen the Galaxy earbuds in white, black and bright yellow colors. The blue earbuds would definitely look very good too and could even match a similar color in terms of the upcoming Galaxy S11/S20 smartphone series.

With regards to the release, it is expected that Samsung will launch the Galaxy Buds Plus alongside its next flagship smartphone series a month from now. And while the design and feel of the buds may be similar when compared with the previous version, it is expected that the latest will bring about better sound quality as well as a better battery life.

Locked Down? Not a Problem – This is How Our Smartphones...

ChaiOS : a bug that can freeze your phone with a...