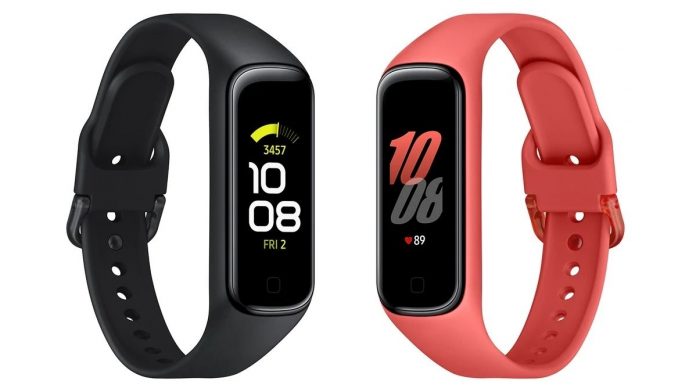 The latest wearable from Samsung is now finally available for purchase – with the long awaited follow-up to last year’s Galaxy Fit seemingly very similar in terms of looks, however, with the usual upgrades.

The most notable as well as the most obvious upgrade for the Galaxy Fit 2 when compared with the original Galaxy Fit is the larger display that the second generation fit device has within. The Galaxy Fit 2 makes way with a 1.1-inch display along with a 126 x 294 resolution. This display size of course triumphs over the Galaxy Fit’s 0.95-inch display size by a rather significant margin. Despite the larger display size, it is notable to take into consideration the fact that the wearable’s case is close to the same size as the older model while being slightly lighter and weighing in at just around 21g.

Under it all, there also happens to be a larger battery. Indeed the 159mAh battery is a decent upgrade over the 120mAh cell that the original Galaxy Fit had integrated within. Samsung also claims that its latest wearable can last up to three weeks as far as battery life goes – of course much of this will also be dependent upon the settings. And also, this is what Samsung claims. It would be wise to wait for experts to get their hands onto the Fit 2 before any conclusions can be reached as far as battery life is concerned.

Nonetheless, while one might be expecting that with a bigger display as well as a bigger battery Samsung would be asking for a higher price with respect to the Fit 2 – such is not the case. Indeed the latest wearable from the Korean manufacturer is actually priced at just $60 – this representing a considerable slash from the $100 that the Korean company demanded with regards to the original one.