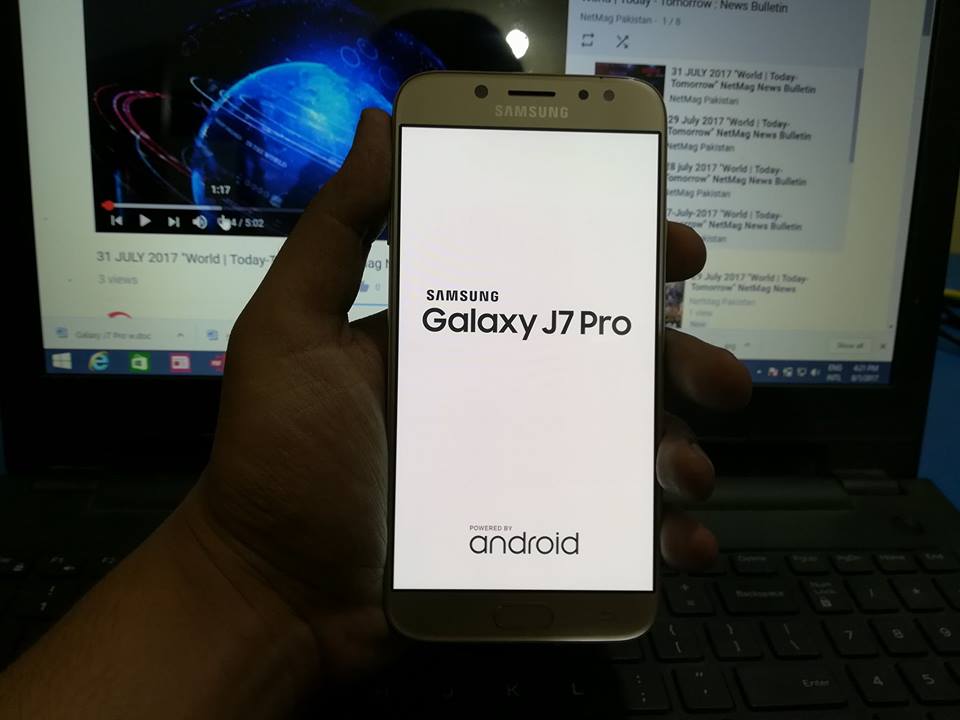 J-series is Samsung’s mid-range series that is very popular among the people because it is a budget phone with good and adorable features. The company has released its latest J series flagship dubbed as Galaxy J7 Pro back in the month of June under a price tag of $330. Till now, the phone has received a positive response from tech websites. And now the flagship is available to Indian mobile phone consumers and is priced INR 20,990. Similarly, the device is available in Pakistan in PKR 36,000/-.

The device comes with a 5.50-inch touchscreen display and with 3GB RAM along with  64GB internal storage capacity. Samsung Galaxy J7 Pro features a 13-megapixel primary camera and 13-megapixel front shooter. J7 runs on Android 7.0 (Nougat) and it is powered by 1.6GHz octa-core Exynos 7870 processor. The device comes with a long-lasting 3600mAh non-removable battery, it also packs an ambient light sensor.

Furthermore, the company has recently another J-series smartphone namely Galaxy J7 Max, also known as Galaxy On Max for $350.