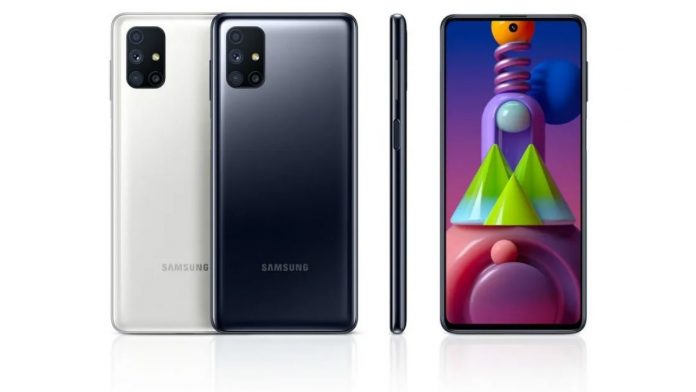 Samsung’s Galaxy M series smartphones happen to be very popular in both the Pakistani as well as the Indian market. Back in September, Samsung took upon itself to launch the Galaxy M51 which made its way as the most expensive Galaxy M series flagship to date. And now, in accordance with what a new report goes on to suggest, the Korean manufacturer might proceed on to introduce the Galaxy M62 with the aid of ever better specs as well as an even higher price tag when compared to the previous M51.

Last year, it was actually the Galaxy M40 which made headlines as the most costliest Galaxy M series smartphone. Contrary to other cheaper devices that made their way into the series, this particular device made its way with a punch-hole LCD panel as well as a Qualcomm chipset – the Snapdragon 675 to be very exact. This very same smartphone actually made its way into other markets as the Galaxy A60.

Must Read : Another M Phone From Samsung: Meet Galaxy M21

And now, in 2020, the Galaxy M51 took the accolade of being the most expensive Galaxy M series smartphone ever. This particular device from Samsung features with a massive 7000mAh battery – the largest that we have ever seen in a Samsung phone to date. And once again, this device also happens to be powered by a Qualcomm chipset – this time the Snapdragon 730G. However, it actually makes way with an AMOLED display when compared to the LCD panel that we saw integrated within the M40.

And now, with respect to what the latest rumors indicate, Samsung is in the process of developing a new handset with the model number SM-M625F which will have 256 gigs of internal storage integrated within. Going as per the model number, it has been suggested that this particular device is actually the Galaxy M62.

This means that it may take the accolade of being the most expensive Galaxy M series smartphone when it finally makes its way into the market. Also, it will also be the very first Galaxy M series phone to feature with 256 gigs of internal storage – though jt will be available in a lower storage option as well.

A teaser video for the Realme 10 shows off the colours...

Founded only one year, realme earned itself the fastest mobile brand...