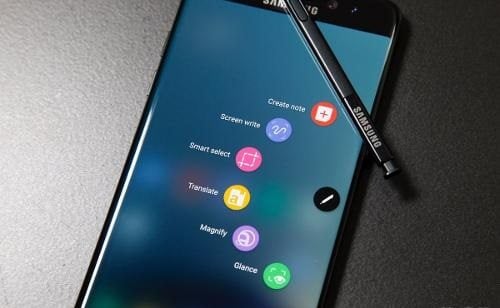 Rumors are there for everything, and so are leaked. Leading up to the final release of the smartphone, the amount of leaks that proceed become astronomical, and it is only fair to say that while some of these might not prove to be legitimate, as the release gets closer, the leaks gain strength and the leaks often combine, to give us a more clear picture of what is actually going on. And this seems to be the case with the Samsung Galaxy Note 8.

A leak which was made prominent just this week shows the case for the Galaxy Note 8, and the leaked design for the case showcase the design that we have come to expect for Samsung’s upcoming flagship.

According to the latest case leak, the back of the phone seems to feature a dual camera and flash, and along this, much to our disappointment features a fingerprint scanner. The disappointment comes down to the fact that many of us had expected that the fingerprint scanner which would be present in the Note 8 would be built into the display, however it seems now that we would have to wait yet another year for this feature to kick in, and it isn’t a guarantee that would indeed be the case, even after a year.

But, as stated earlier, some leaks seem to be legitimate, while some not, and we certainly hope that this is one of the cases where the leak does not end up being the result. Nothing is true until Samsung makes it official, but in all honesty, it seems that the writing is on the wall.

Samsung, without a doubt, would have wanted the built-in fingerprint scanner present in the Galaxy Note 8, however, the lack of time might be a reason for the company’s failure to integrate the technology into its upcoming flagship. It is also true that it perhaps is time for Apple to take advantage of this and release its latest flagship with a built-in fingerprint scanner and really give Samsung a run for its money.

A Redmi phone to come with the Snapdragon 855