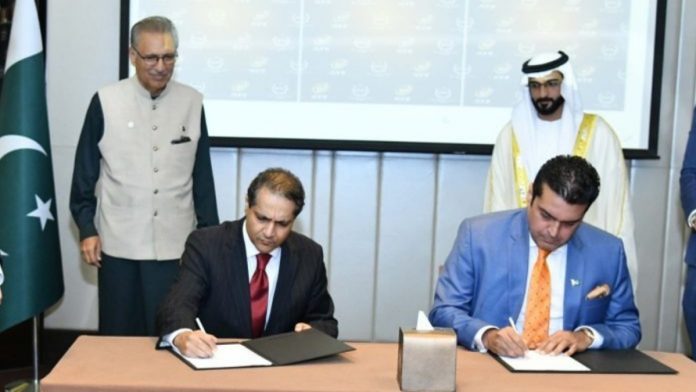 STZA is a new Pakistani government initiative that encourages foreign technology companies to invest in Pakistan. Galaxy Racer has become the first Esports company to establish itself with STZA.

On the occasion, the GXR Group also announced that they are hosting the biggest Esports tournament in Pakistan with Esports titles such as Tekken, PUBGM and FIFA that offers a total winning prize of PKR 20 million (US$ 118,000/-). It is scheduled to be held in December 2021. The event will also be hosting an Influencer Con, and a Toys and Gaming Festival, bringing the world of entertainment to Pakistan. Further details will be announced soon.

Also Read: Licenses for Next Generation Mobile Services in AJ&K and GB Awarded

Fakhr-e-Alam has said that forthcoming Esports tournament will be the first in Pakistan to be televised nationwide through a partnership with Ten Sports Pakistan.

Galaxy Racer has recently announced its partnership with celebrity entrepreneur Fakhr-e-Alam as part of its South Asia expansion plans to grow the local ecosystem, with  Fakhr-e-Alam spearheading Galaxy Racer Pakistan. Pakistan has recently legitimized Esports in 2021, by granting it the ‘regular sports’ status, a big win for the Esports industry in Pakistan.

With the rise of mobile games, developing countries have been recognised as one of the largest untapped emerging markets for Esports and gaming. With 100 million broadband subscribers, Pakistan’s gaming scene has the potential to dramatically evolve and many youngsters have already made their mark.

Galaxy Racer has a global footprint with over 400 million followers worldwide, with over 2 billion monthly views. Esports has gradually grown in popularity over the years and the global market is set to reach US$1 billion for the first time in 2021, according to a report by esports data intelligence firm, Newzoo.

Fakhr-e-Alam, CEO of Galaxy Racer Pakistan commented, “ This is the beginning of E sports and influencer marketing in Pakistan. We are all set to take Pakistani gamers and influencers to the rest of the world. with a vibrant youth and huge digital growth we will see a massive paradigm shift in gaming and content consumption in Pakistan. As GXR our aim is going to be simple and that is to fuel this growth at lightning speed and with STZA one window operation we will be able to execute our plans at lightning speed.”

Tax incentives should be used to enable positive global outcomes

Health and Life Insurance On the Cards Under RDA: Reza Baqir