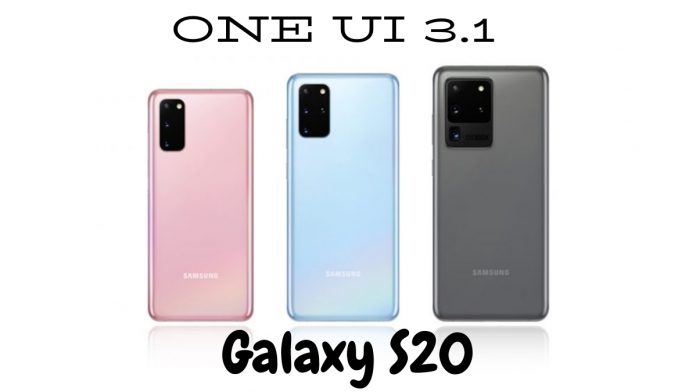 Samsung started with the process of rolling out the One UI 3.1 update for various including the Galaxy S20 series just recently. Along with the update, the Korean manufacturer seemed to have enabled the eSIM functionality in some regions.

As reported per the latest reports, it has been indicated that the One UI 3.1 update weighs in at around 1246.69MB and goes on to bring about the latest UI to the Galaxy S20+. Certain users who happen to be present in Samsung community forums have gone on to confirm that e-SIM functionality is indeed enabled after this update.

A screenshot posted on the forums proceed on to show the eSIM options inside setting > SIM card manager. If you happen to recall, Samsung actually launched the Galaxy S20 series back in February of last year. Back then, while many regions across the globe did in fact have the support for eSIM, it was in fact Samsung that had disabled it.

Must Read: Samsung’s new Buy and Try program lets you try out a Galaxy Z Fold 2 for 100 days

So, for the sake of using the secondary SIM card, one had to take out the memory card and the use the slot for another network. For those of you who are unaware : the Samsung Galaxy S20 makes way with a Hybrid-SIM slot – which of course refers to the fact that users can use a nano-SIM + microSD card or two nano-SIMS at the very same time. In any case though, with the enablement of eSIM, users will now have the opportunity to use the device with two networks as well as an SD card – all in a simultaneous manner.

And of course this isn’t the only thing that the One UI 3.1 brings about. It also brings to the table improved performance, private share, GPS location data removal on images, more lock screen widgets, background video calling, zoom lock(in camera) and more.

Latest Leak with Regards to the Pixel

Pixel 4a to be delayed once again?