Amongst the various Chinese as well as various global brands trying to come up with solutions to give users a full-screen experience within smartphones, Samsung too is taking the charge. The South Korean company has also been quite vocal too over eventually coming with a solution to offer a truly full-screen smartphone.

As of now, many companies are in fact working on under-the-display camera technology – which perhaps is seen as the only thing missing to enable a true full-screen experience on a smartphone. Considering the fact that Samsung has made quite a bit of ground on the development process, it is indeed said that the brand is actively working on the solution.

Must Read : The Galaxy S30 : is this the future of smartphones?

Indeed there were even reports that Samsung might adopt the technology for its Galaxy S20 series – however, in hindsight of course, this hasn’t been the case. And the case is not just limited to this, as it now seems that the company is perhaps playing it safe for the next-gen Galaxy S-Series flagship smartphones as it will not adopt the tech within these either. Of course though, not too much of blame can be put on the Korean company over this due to the fact that the under-the-display camera technology still doesn’t seem to be too ready for commercial use.

Apart from the practical aspect, the costing aspect too needs of course to be considered. Indeed integrating the experimental technology as one would imagine would require a lot of capital spending due to the fact that there will inevitably price hikes of materials from vendors as well as low-yields with regards to the mass production side of things.

The next-gen flagship S-series from Samsung is still months away from launch. The upcoming flagship series could either be named as the Galaxy S21 or the Galaxy S30 series. With the launch expected to be in the month of February next year, one would have to imagine that there will be many exciting features to look forward to – even if there isn’t the option for the under-the-display camera. 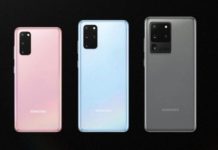 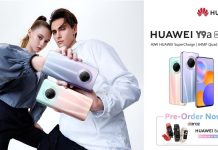 Muahmmad Mustafa - September 26, 2020
0
China on Thursday lashed out at the United States at an elevated level UN meeting over its analysis on the Covid, with...

Xiaomi outrank Huawei and grab the third spot on the smartphone...