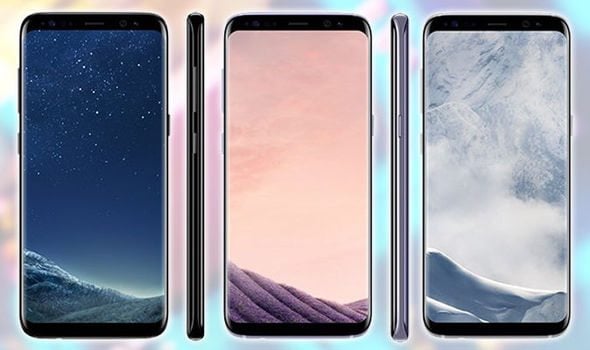 The release of Samsung’s latest flagship phone, the Samsung galaxy s8 is very soon to be, and this is the time that the rumours have indeed started to burst into life about the phone. According to various resources, including a very reliable one, that of Evan Blass, the phone is most likely to feature in three colours. These will be black, grey, and silver.

In the picture above, it is difficult to see the differences, but with when the shots of the back of the phone would be available, it would be easy to spot the differences of three Colours. There won’t be any option of gold colour like there was for the galaxy s7.

It isn’t like Samsung has been very secret about the Galaxy S7, as we already know a lot about the device. As seen from many pictures, the screen is now obviously taller, and the idea behind this is that Samsung hopes that it would seem for the users as if they are holding a screen, rather than a phone. There would be an S8+, contrary to the previous edge versions. Not only this, but there would also be a rather mysterious DeX dock that you can connect to your phone to an external display, and hence use it as a basic computer. The flagship phone will be finally be unveiled on the 29th of March.

Minister of State for IT & Telecom Mrs. Anusha Rahman chaired...