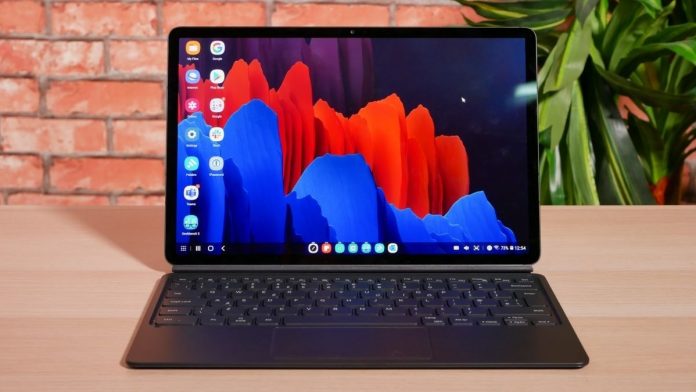 When the Korean manufacturer announced the Galaxy Tab S7 earlier in the year, Samsung claimed that the tablet would include a “Second screen” functionality which would allow users to use the tablet as a secondary display to go with the Samsung PC.

It has now been said that the secondary screen will actually make way for broadly the same functionality as Apple’s own Sidecar. Sidecar happens to be the feature that Apple went on to release with macOS Catalina just last year. It goes on to allow users the ability to use iPad as a secondary Mac display. Indeed if you have access to the Apple pencil, the same also makes way for you to use the stylus to write and draw in macOS apps.

Muat Read : Oculus not Giving up on VR: Introduces Quest 2

In a more similar style, the second screen would actually allow users to use their Galaxy Tab S7 or indeed Tab S7 Plus as a secondary Windows display. It would enable users to use an S Pen with windows – effectively making way for both the Tab S7 and the S7 Plus to double as Wacom tablets. When using the S pen with windows, it will also reportedly go on to support different pressure levels and orientations.

At this moment in time, it is still unclear as to whether this feature is in fact an extension of the company’s ongoing partnership with Microsoft or whether Samsung plans to limit its availability to only Samsung PCs. However, for now, we do know that Samsung does plan on to release the feature sooner rather than later – as a footnote in the company’s press release proceeded on to note : “Second screen will be available later this year.”

Regardless of the availability aspect, one thing is for sure : this feature will indeed broaden the horizon of users to the extent where flexibility will be welcomed.

Here’s how the HUAWEI Band 6 changes the game and becomes...