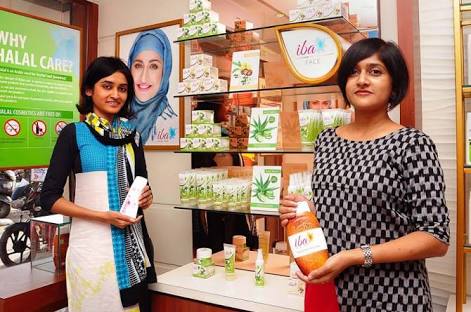 Most of the Muslim women refrain from painting their nails because the nail bed gets not touched with the conventional nail paint thus Wazu and other rituals of cleansing oneself before the daily prayers remain incomplete. Keeping this fact in mind two sisters Mauli and Grishma Teli from Ahmedabad India decided to give India its first Halal beauty brand. These cosmetics are permissible under the Islamic law.

The idea so good especially for those who refrain applying beauty cosmetics due to impermissible ingredients or chemicals used in these products.

As Mauli shares her inspiration saying,

“We learned that at the time of ‘Wuzu’ or the process of cleansing oneself before the daily prayers, conventional nail paint prevented water from touching the nail bed, rendering the ritual incomplete. This naturally made non-soluble nail polish Haraam (forbidden by Islamic law)”

The idea is so good especially for those who refrain applying beauty cosmetics due to impermissible ingredients or chemicals used in these products.

These sisters took this philosophy as an extensive tip that leads theirs focus upon the kind of ingredients that could be used in the making of these products.

The products like lip balms, shampoos lipsticks kajals perfumes and nail polishes or other products that came in contact with a body are the main concern of these sisters.

Further, Mauli realized that several colored cosmetics are also prescribed as haram in Quran because of the use of pig fat.

So both the sisters monopolized the company cosmetics market in India. Their products are vegan too, according to Mauli. Because she knew that the worldwide concept of this religious obligation says no to pig fat and alcohol but she worked with the idea that

“If your product does have animal-derived ingredients, it rules that they should be from a Halal source, and processed in a Halal manner”.

Finding this criterion difficult to verify, they decided to be vegan. 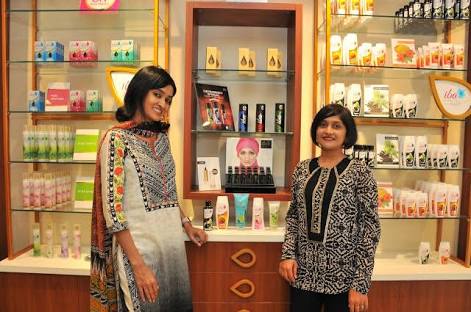 Irfana Fathima a 22-year-old marketing executive in Chennai has immediately switched to Iba. She discovered it a year ago.

She is a religious obligation conscious girl who used to send Emails to the brands to know if they have used some Haraam ingredients in their products.

CAPTAIN MARVEL NOT RELEASING IN PAKISTAN