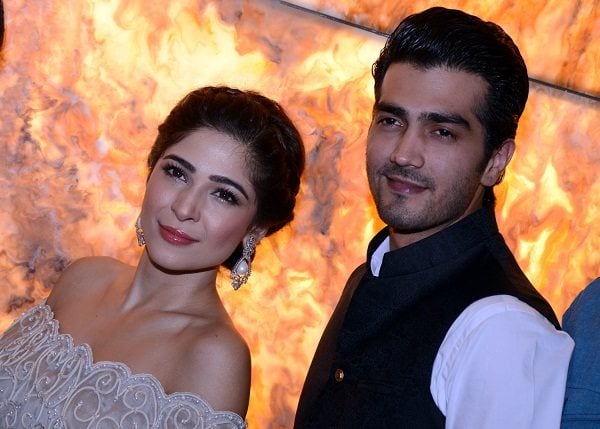 Karachi se Lahore is a road trip based film that covers a 36 hours real time journey, it includes characters from all the ethnicities of Pakistan. The film was much awaited by the audience due to its eminent cast and the local humor as it is said to be a rom-com.  The film squad includes senior, famous and renowned actors like Javed Sheikh, Rashid Naaz, Ayesha Omer, Eshita Syed, Shehzad Sheikh and Yasir Hussain, and is directed by Wajahat Rauf.

The film is premiered on its release date July 31st, 2015 at CinegoldPlex, Pakistan’s first gold class luxury 3D cinema in Garden City, Bahria Town, Islamabad. This long-awaited event is co-organized by AlphaPro, who is known for the quality of events it delivers to the twin cities. The famous cricketer and Deputy Minister Provisional Council and Regional development of Sri Lanka Mr. Sanat Jayasuriya also attended the event.

Brig (R) Tariq Zaman, Head of Garden City expressed his views saying, “Garden City has always promoted events that give the good experience to the residents and will continue to support such events in future as well. We will create Garden City an entertainment hub for the people of Rawalpindi and Islamabad”

The spotlight of everyone’s attention was on Ayesha Omar at the event. Talking about the film and her role she said, “My character in the film has a lot of shades which will definitely strike people. The film carries important messages which really make it a meaningful one, I’m really looking forward to lots of love and appreciation from my fans and I really appreciate the efforts of Garden City and AlphaPro for the premier.”

Shahzad Sheikh speaking at the premier said, “Karachi Se Lahore was a great experience to see Pakistani film industry using latest equipment. I was very impressed with the script and the work and I’m sure that the audience is going to love the film and I really appreciate the efforts of AlphaPro and Cinegold Plex for the premier.”

Adeel Ayub – Managing Director AlphaPro after the successful event shared his views, “I am very happy to have “Karachi se Lahore” premiere in AlphaPro’s portfolio and we look forward to bringing such happening event to the people of Islamabad-Rawalpindi. I’m thankful to the cast for being super friendly with our crew and fans around, AlphaPro will definitely bring another exciting event soon.”

People after watching ‘Karachi se Lahore’ said that they really liked how beautifully the film showed the locations of Pakistan, the actors have done a great job and they are really happy to see the promotion of Pakistani Culture and Landscapes. The feedback at the premiere was good, let’s hope the film does well at box office.

Lawless natural lipstick is the best

Top designs of Sharara for brides and casual events