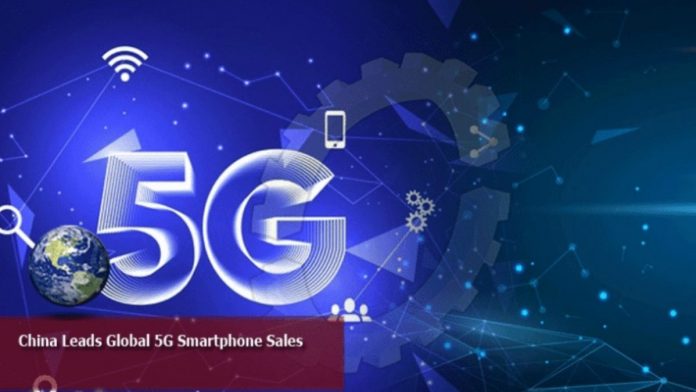 Market research firm in Canalys has gone on to predict that smartphone shipments in relation to 5G phones will reach a massive 278 million this year. It has been said that about 62 percent of this figure will stem from Greater China, while North America will go on and account for 42 million units. On the other hand, Europe, the Middle East and Africa will sum up the remaining part.

The research firm has also gone on to conclude that in the year 2020, smartphone shipments will see a drop by 10.7% as compared to last year. However, it is likely that this drop will see a rebound next year as year-on-year growth will likely rise to 9.9%. By that point, the entire smartphone industry will account for 1.3 billion units as a whole.

Canalys believes that the rapid commercialization of 5G smartphone in the Chinese market will form the key factor when taking into consideration the massive shipments of 5G phones this year.

Must Read : Wrap around display from Huawei?

It is also expected that by next year, the average selling price of 5G enabled smartphones will fall to $765 in Europe and then will likely see a steady fall to $477 by the year 2024. The reason behind such numbers stems from the fact that both Apple and Samsung still remain to be the main players within the smartphone space and hence their products are seemingly if not apparently better than the competition that poses within.

Also, at the beginning of this year, we saw that there weren’t any smartphones available in the market that came with a price of that under $300. However, at this moment in time, there are many mid-range options that present themselves within the market priced even under $250 – of course mainly stemming from Chinese OEMs. Of course the trend of more cheap smartphones is only likely to further increase as more and more firms try to enter into the 5G market – and then of course market saturation is a point to be taken into account.