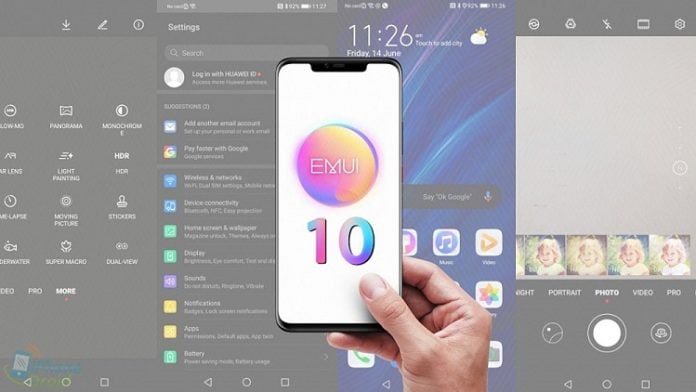 Just a few months ago, Huawei took upon the occasion of its developer conference to announce EMUI 10. The company is still working on the update for it ahead of its stable release. But if you can’t really wait before the stable version arrives – then you’re in luck as the EMUI 10 beta is now reportedly available across the globe on several devices.

In accordance to what Huawei Central has had to say, the EMUI 10 beta is now available experience for the Mate 20 series,, this also including the Mate 20 Lite. It will also be available to download in the P Smart 2019, the P Smart Plus 2019, the P30 Lite and finally – the Huawei Nova 5T.

So then, what exactly are the features that EMUI 10 will offer once it arrives? Well, it will offer an enhanced dark more, while other features will range from the likes of tweaked animations, to the likes of an improved system performance, as well as an upgraded GPU Turbo functionality.

If indeed you want to get in on the action and want to experience everything that the EMUI 10 beta version has to offer, then all you would have to do is to visit Huawei’s official website, and from there – follow the instructions.

If you go ahead with the download, consider the fact that this is only a beta version. Hence it should not be surprising for you if there is a lack of polish or perhaps some major flaws within because this isn’t the final version! Beta software is only for testing to see how users feel about the whole process, and just like we saw with the Galaxy S10’s One UI 2.0 Beta where users reported that they were locked out of their devices, there may also be some issues of similar sorts with EMUI 10. It’s possible though not likely. To find out more, just go ahead with the download.

South Korea first to get on the Galaxy S10 5G bandwagon?