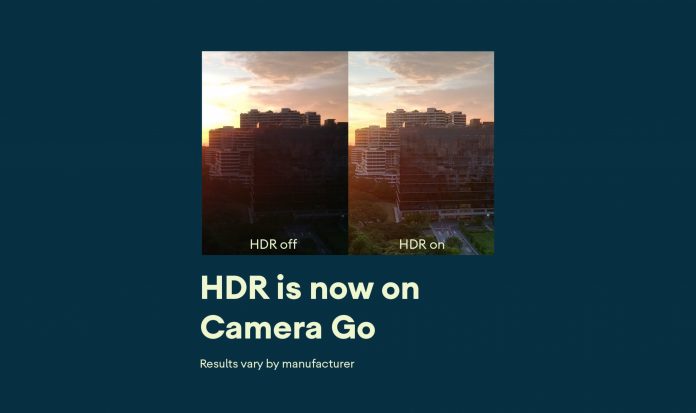 Google Camera Go made its debut on the Nokia 1.3 – which of course was launched back in March of this year. A month later in April, it was found that the search engine giant was actually working on an HDR feature for this particular application. And now, eight months later, this feature is finally subject to being available to users.
Android Go edition of course happens to be a stripped-down version of the regular Android operating system – available for use for entry-level smartphones. It happens to be designed for those devices which have two or less than two gigs of RAM integrated within. Most of these handsets of course happen to be sold in developing nations as they are targeted at first time smartphone buyers.
Every once a while, Google takes upon itself to introduce new features to this particular branch of Android OS. And so with that said, earlier in the year, the company proceeded on to release an app going by the name of Camera Go. Months after the official announcement with regards to the new application, it was on the receiving end of its first ever major feature : Night mode. This particular feature was made available for it back in October.
And now two months later in December, the app has actually got its second major feature : HDR. This all was subject to official confirmation by Google itself as it sent out a tweet using its official Android Twitter account.
In the announcement tweet, the fact with respect to the final output of HDR pictures varying in accordance with manufacturers was also touched upon by the firm. In any case though : these images should indeed be much better when comparing with regular shots.
Having said that, as mentioned in the very beginning : the Camera Go app only happens to be available on smartphones that run Android Go Edition. While an APK of the same can in fact be installed, caution must be taken when considering the fact that neither night mode nor HDR functionality will work.