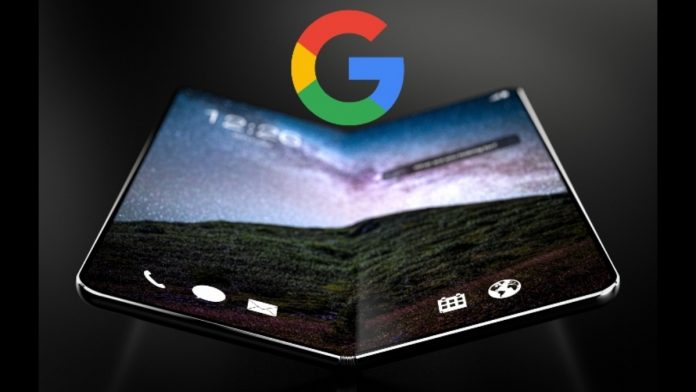 Chinese manufacturer Xiaomi recently joined the likes of Huawei and Samsung in creating its own foldable devices. And now, a new patent has actually proceeded on to reveal that even Google is working on its very own foldable devices – those of whom are likely to launch sometime in the near future.

In accordance with what a PatentlyApple report has to say, Google has actually filed a patent which goes on to showcase the interest that it holds in foldable devices. The company has gone on to file a patent with the US Patent Office – which was published titled as “Hinge Mechanism by Gear Set with Slider for Foldable Display Device.” This of course proceeds on to imply that the device which is in question could end up being a foldable smartphone, tablet, or indeed even a netbook. In the patent itself, the company took upon itself to highlight the issues that the current foldable smartphones actually face while at the same time stating that it is its own foldable solution which ends up offering the solution to these problems.

What the Google patent first and foremost highlights are the shortcomings that we have seen with the more conventional hinge mechanisms on show and also of course their various issues. After this, the company actually offered its very own solution in which, a device may “include a hinge assembly having a slider mechanism and a set of gears. The slider mechanism and the set of gears operate to transfer a rotational movement into a translational movement of one of a first housing or a second housing.”

To put it all into rather simple terms : the new hinge mechanism will be able to transfer a rotational movement of the flexible device and also actually allows bends without there being any damage or breakage. Unfortunately enough though, for now, this is just a patent and nothing more. And while this does in fact imply that Google engineering team is in fact working on a device, it’s still a tad too early to offer something concrete.

Xiaomi and Oculus shaken their hands for the worldwide launch of...